Harrah’s Louisiana Downs has been the scene of several incredible underdog horse race victories, no doubt, but none was more surprising  than the one that occurred in KBF inaugural Top Team Cup Challenge. The dark horse in the 2019 Challenge surged to victory with ten fish totaling 194 inches. Ending up in this year’s winner’s circle was Team Kayakjak’s Outfitters, captained by Marty Hughes.

Joshua Booth was the team’s standout, posting bass of 21.00 and 21.25 inches, beating Jeremiah Smith’s 42.00″ contribution by a nose. Richie McMichael and James Francis filled in the winning score with 37.00″ and 36.75″, respectively.

Placing was Team Dee Zee, 6.25″ behind the lead. All who betted on Team Ketch to Show were pleased to see them just 10.75″ off the pace as they passed the finish line.

The Top Team split $10,000 this year. Congratulations to them and to all the competitors in this special event! 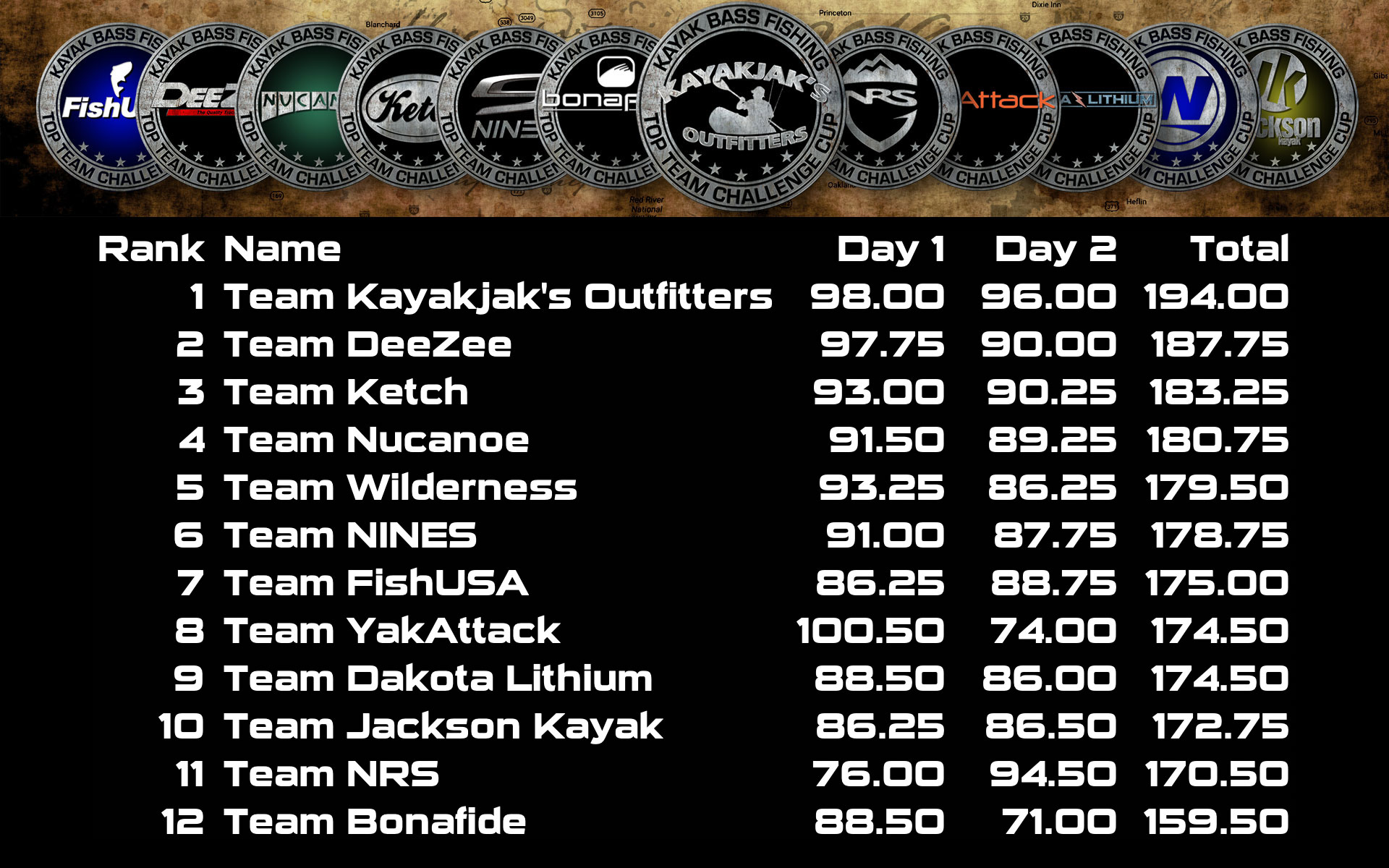 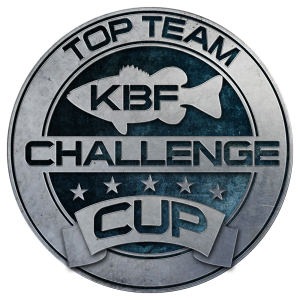 KBF Members competing in the 2019 KBF National Championship now have another opportunity to win cash, and the fishing and paddlesport companies they promote to enhance their brands.

Five-person Challenge Cup Teams will form under the banner of their sponsoring company. With the primary sponsor’s approval, up to four additional or “adjunct” sponsors may join in sponsoring a team. (Sponsors may register here.)

Team members’ biographies and career highlights will appear on the Sponsor’s Team Page linked from the emblems at the bottom of this page. Team members submit photos and bios here.

Each Challenge Cup Team member will be encouraged to wear a tournament jersey that highlights their team sponsor on Thursday, March 29 and Friday, March 30. Jerseys should include the US or Canadian Flag on the left shoulder and the Official KBF Fish Logo on the right shoulder. They should be personalized to include members’ names as well as logos of each team member’s other affiliations (if acceptable by the primary sponsor). KBF is arranging for production of jerseys with  a jersey manufacturer at deeply discounted prices (which will qualify the wearers for that company’s BONUS BUCKS opportunities), or anglers/teams may use their existing jersey manufacturer.

As teams are formed and their sponsorship secured, their logos will be posted on this page. Logos will link to individual team pages on which the sponsor’s logo appears above the team members photos and profiles. The earlier a team forms and the sponsorship is established, the longer each team has to promote the sponsor through posts, product reviews, photos, and referrals. In essence, the team members form a nucleus of support for their team sponsor, reinforcing through their own endorsements and influence the impact of each sponsor’s presence.  [Sponsor Registration Form] [Team Member Bio Form]

Each team members highest scoring Day 1 photo and highest-scoring Day 2 photo will contribute to the team’s total score. The winning team will be determined by the highest cumulative score, with ties broken by big fish (then second biggest, third, etc.)

On Saturday night, March 30, the winning team will be presented with plaques and split a $10,000 (minimum, guaranteed) Top Team Challenge Cup First Place Prize. Additional amounts and number of places paid out will be based on the final number of sponsored teams.

If one of the team members goes on WIN the 2019 KBF National Championship, then an additional $10,000 TEAM BONUS will be awarded to the team.

The winning team will be highlighted in the 2019 KBF National Championship TV  television show on Sportsman Channel and through all KBF social media assets. The team’s photograph and sponsors’ logo(s) will be featured on the KBF Website’s Home Page alongside the 2018 KBF Angler of the Year and the 2019 KBF National Champion. In addition, the entire winning team will be offered the opportunity to join Chad Hoover for an episode of Kayak Bassin TV. The team’s official sponsor will be responsible for all costs associated with travel to and from the shoot location, and KBF will cover all lodging and meals on location.

In addition, entry fees for KBF Events (KBF Challenges and TRAIL Series Tournaments; not Pro Tour events, regional finals, and Championships) for the remainder of the 2019 KBF Tournament Season will be waived for all members of the winning team of the KBF TOP TEAM CHALLENGE CUP.

KBF Challenge Cup Team sponsorship is open to all businesses serving the kayak bass fishing community and other businesses deemed acceptable by the KBF Staff.  Team Members are not required to be on the team sponsor’s pro staff. Team sponsors are responsible for the formation, assignment and management of team member expectations and adherence to KBF Code of Conduct and Standards.

The KBF TOP TEAM CHALLENGE CUP will be conducted at the 2019 KBF National Championship and in accordance with KBF Rules Standards.

Have a 5-person team and seeking sponsorship? Select a team captain, who will collect information from each member and submit it using the Cup Team Proposal Form. Chad Hoover will work with the team to identify prospects and, if possible, secure team sponsorship. 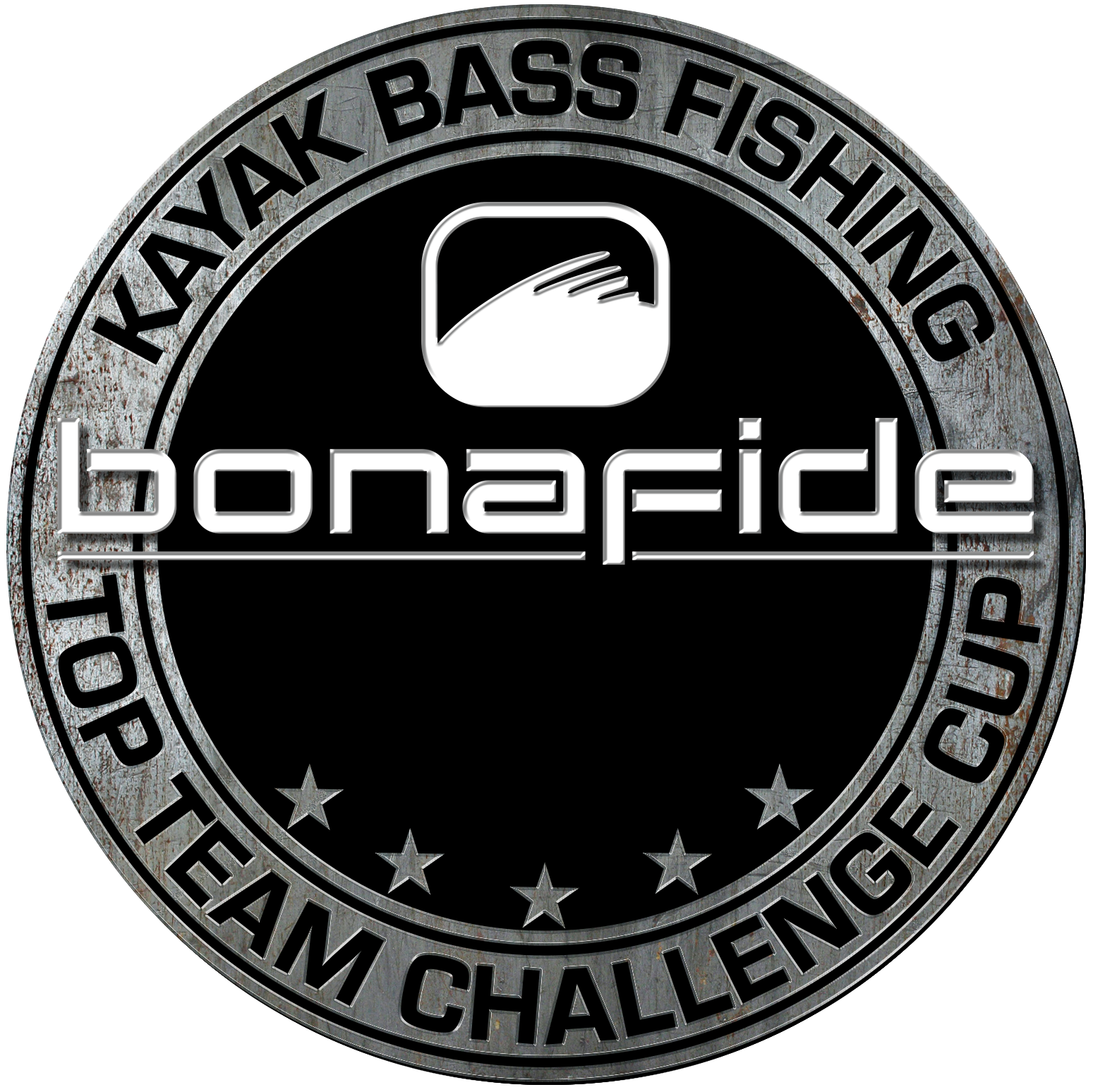 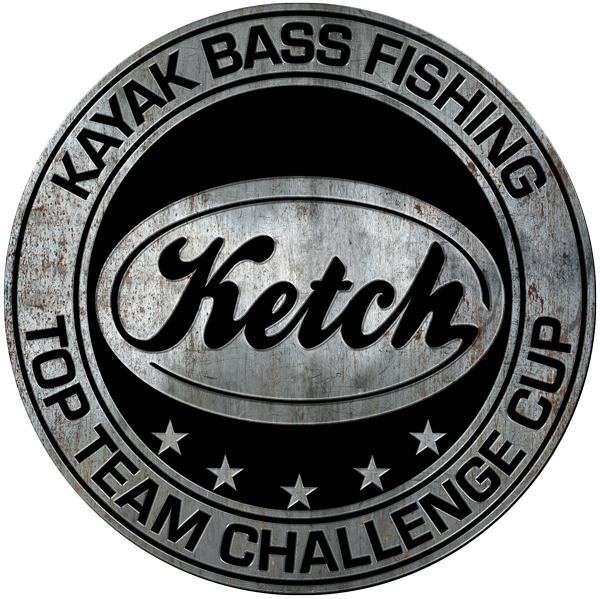 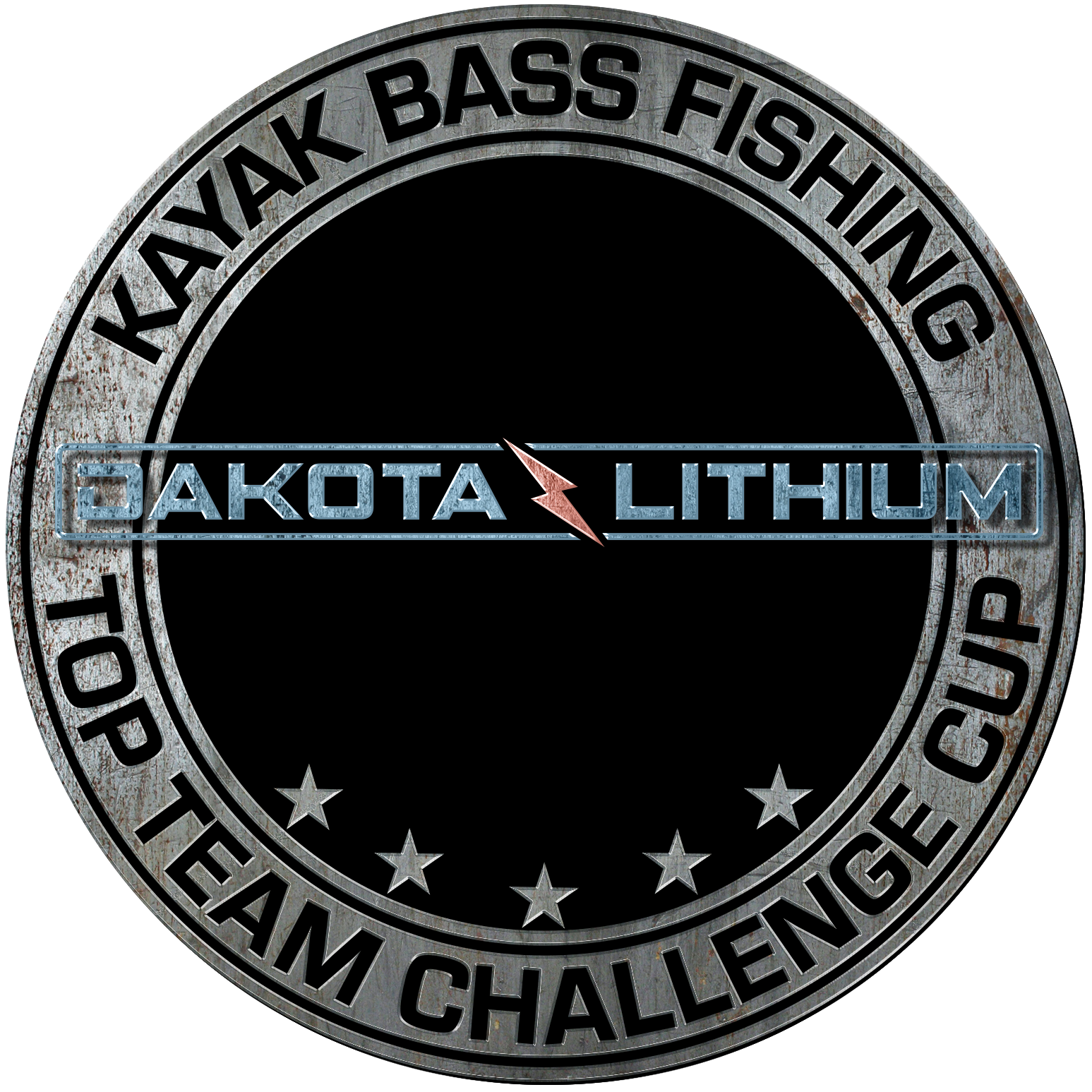 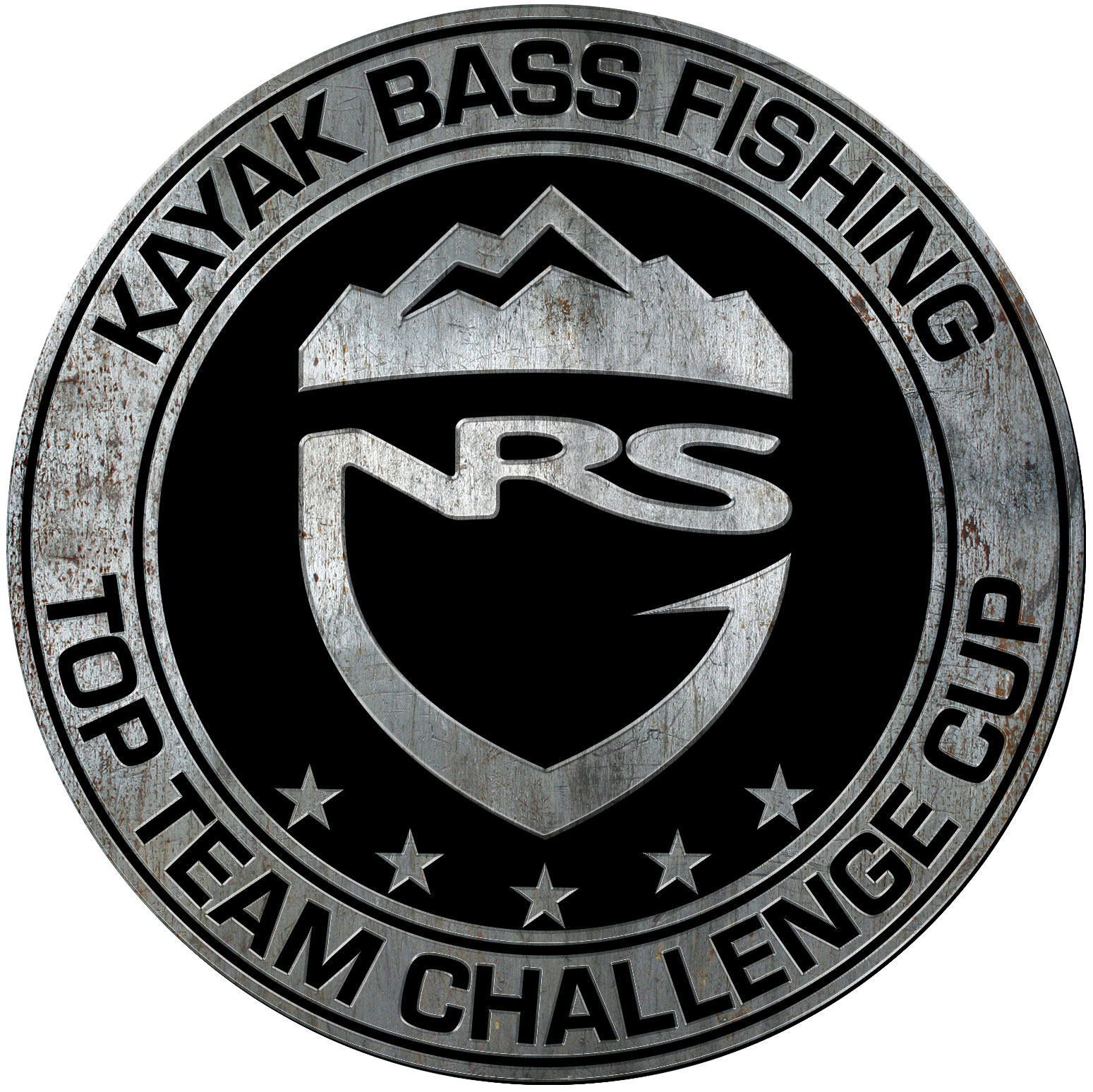 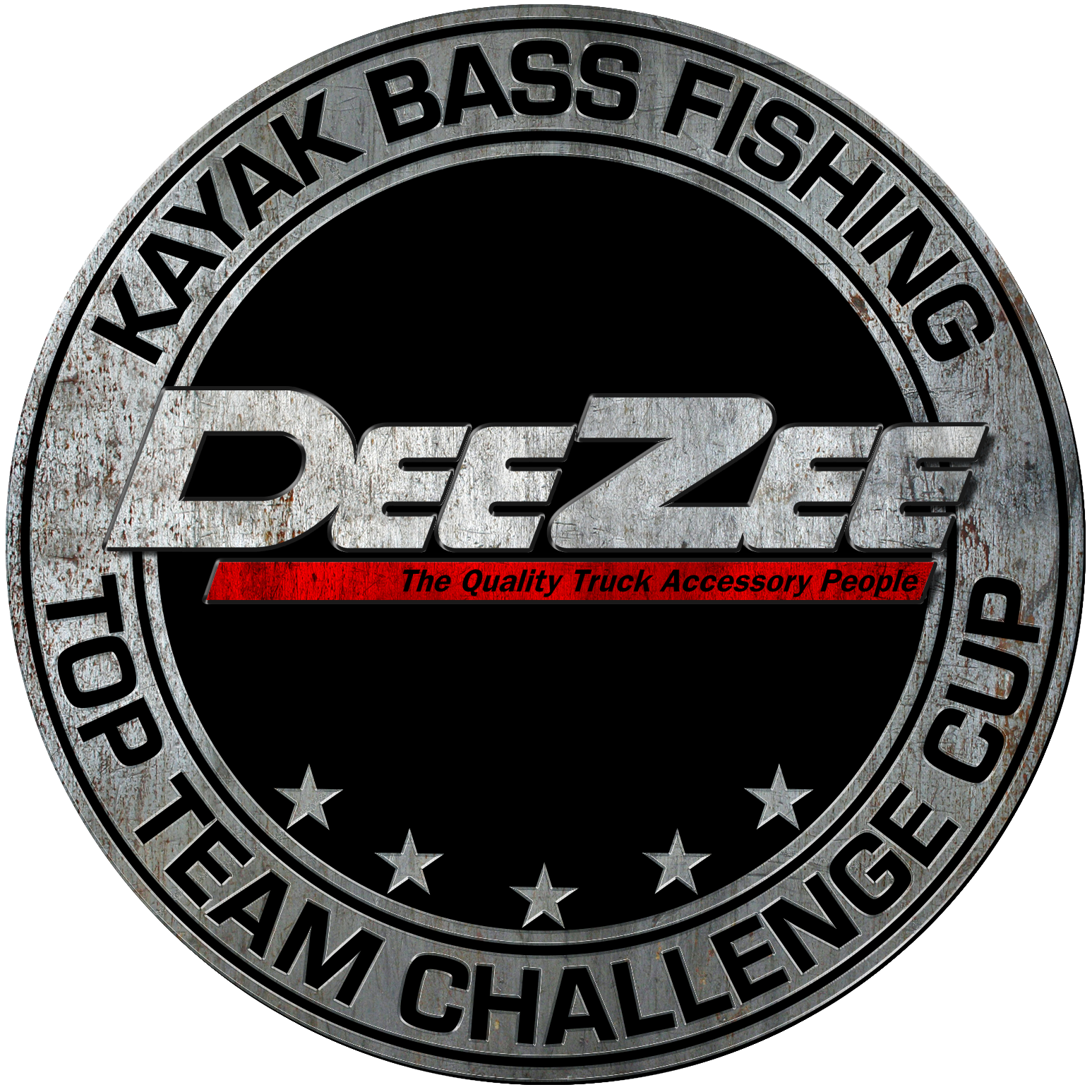 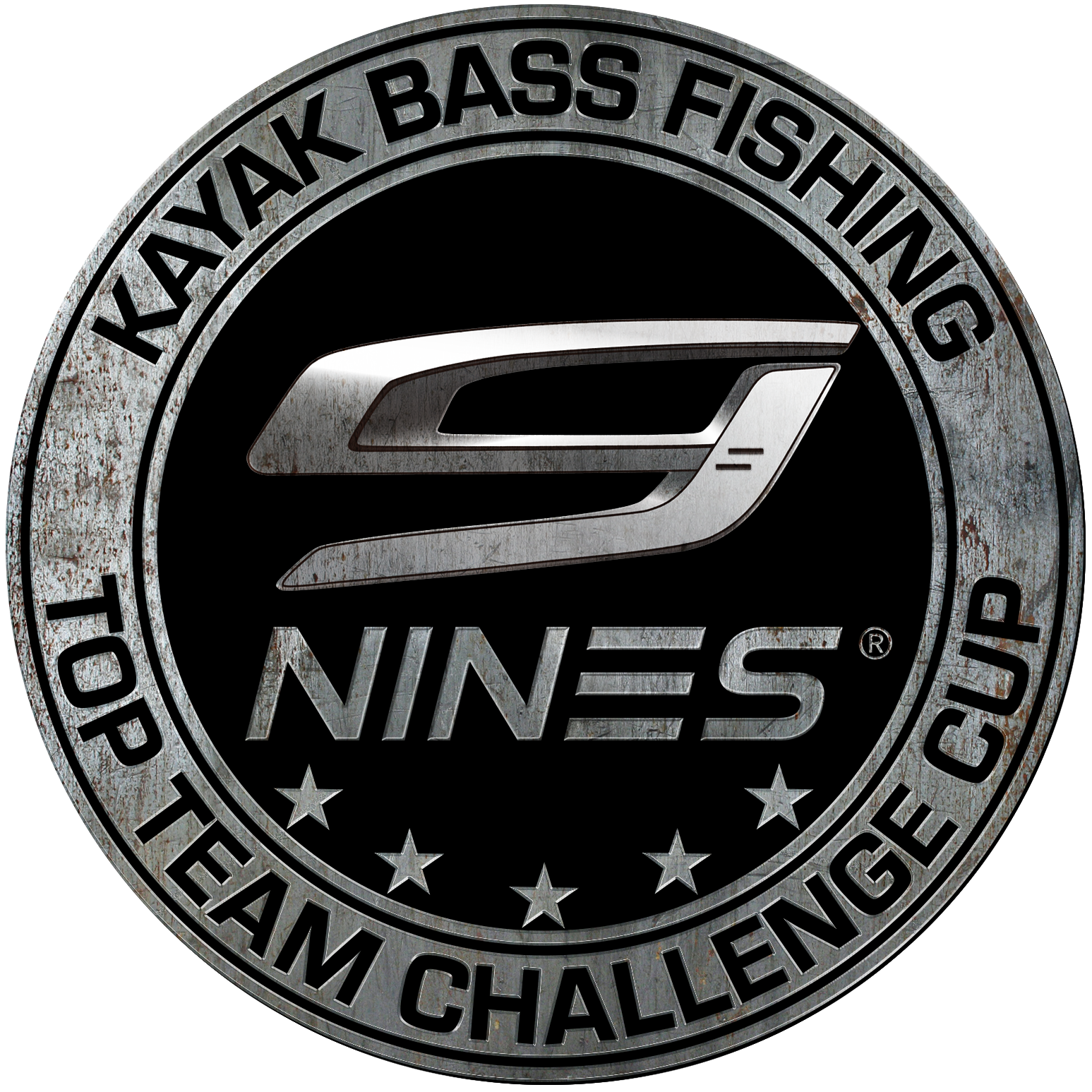 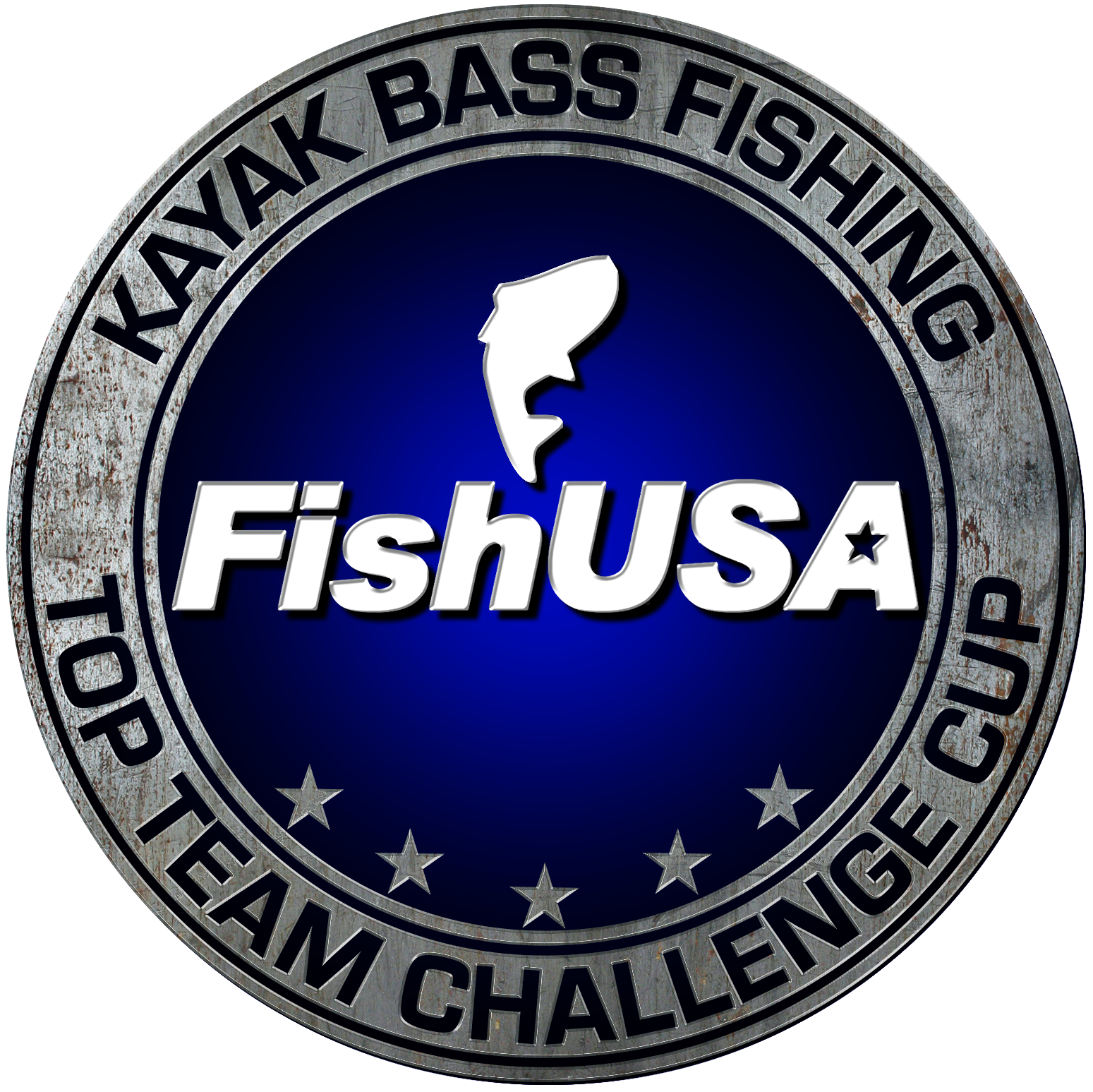 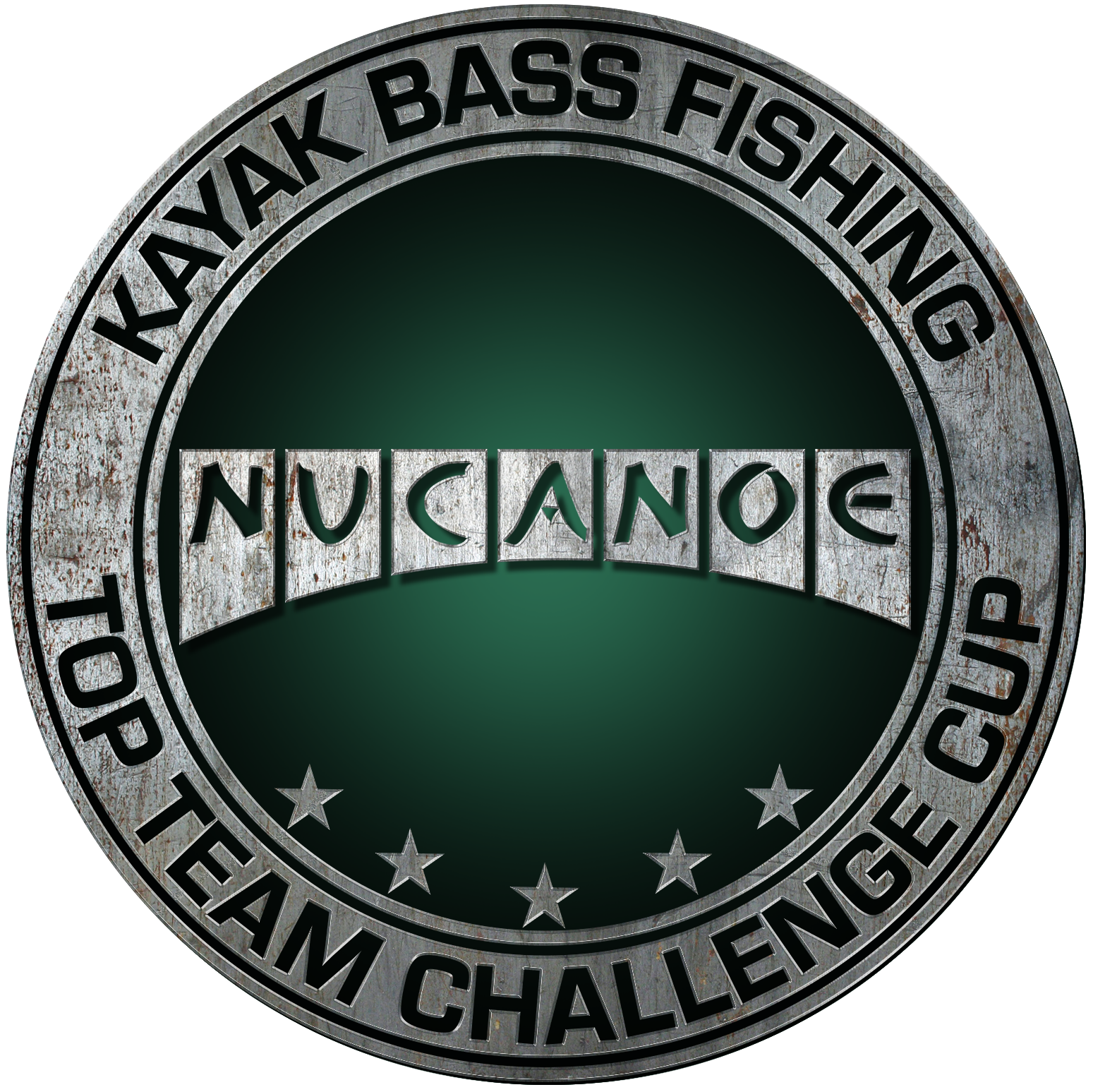 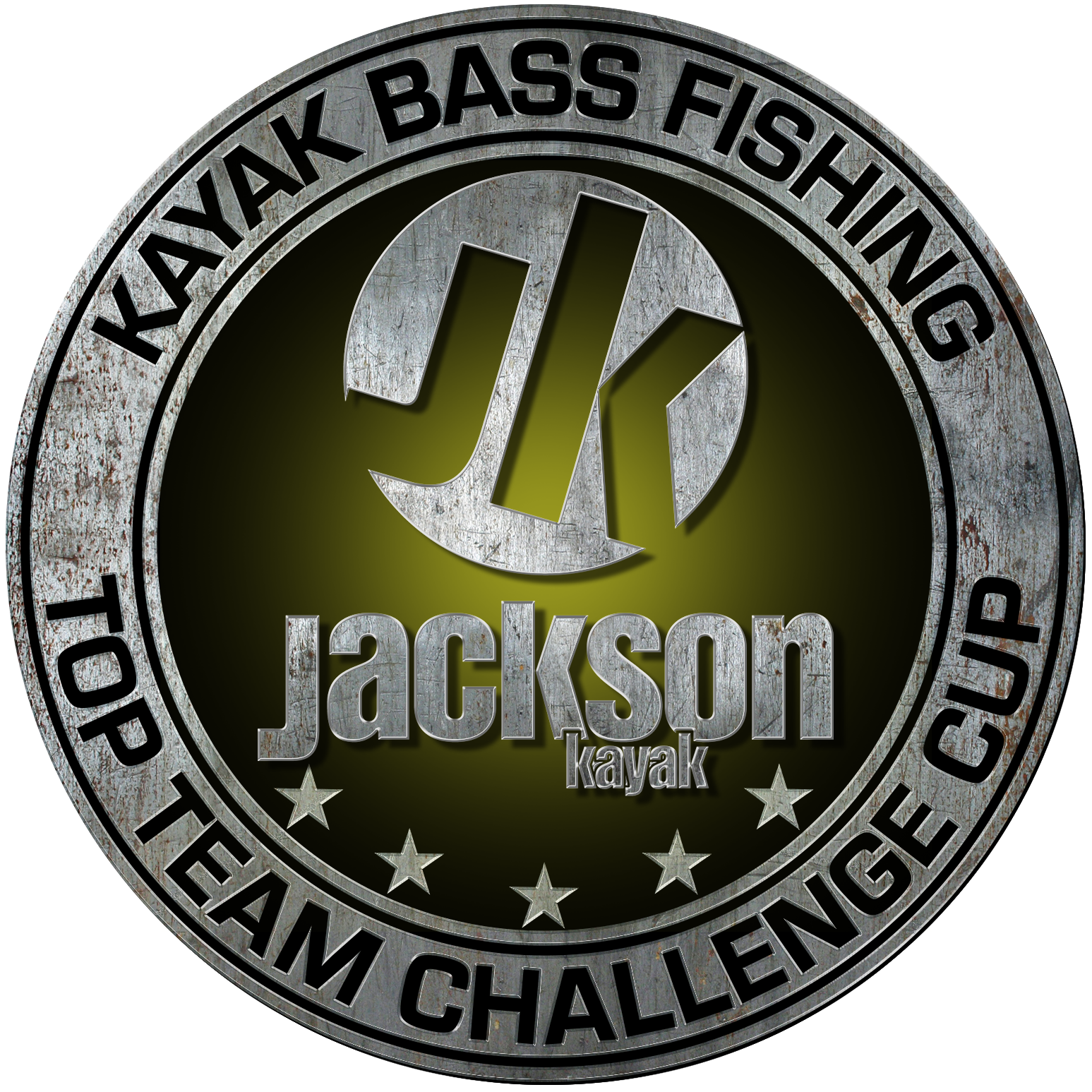 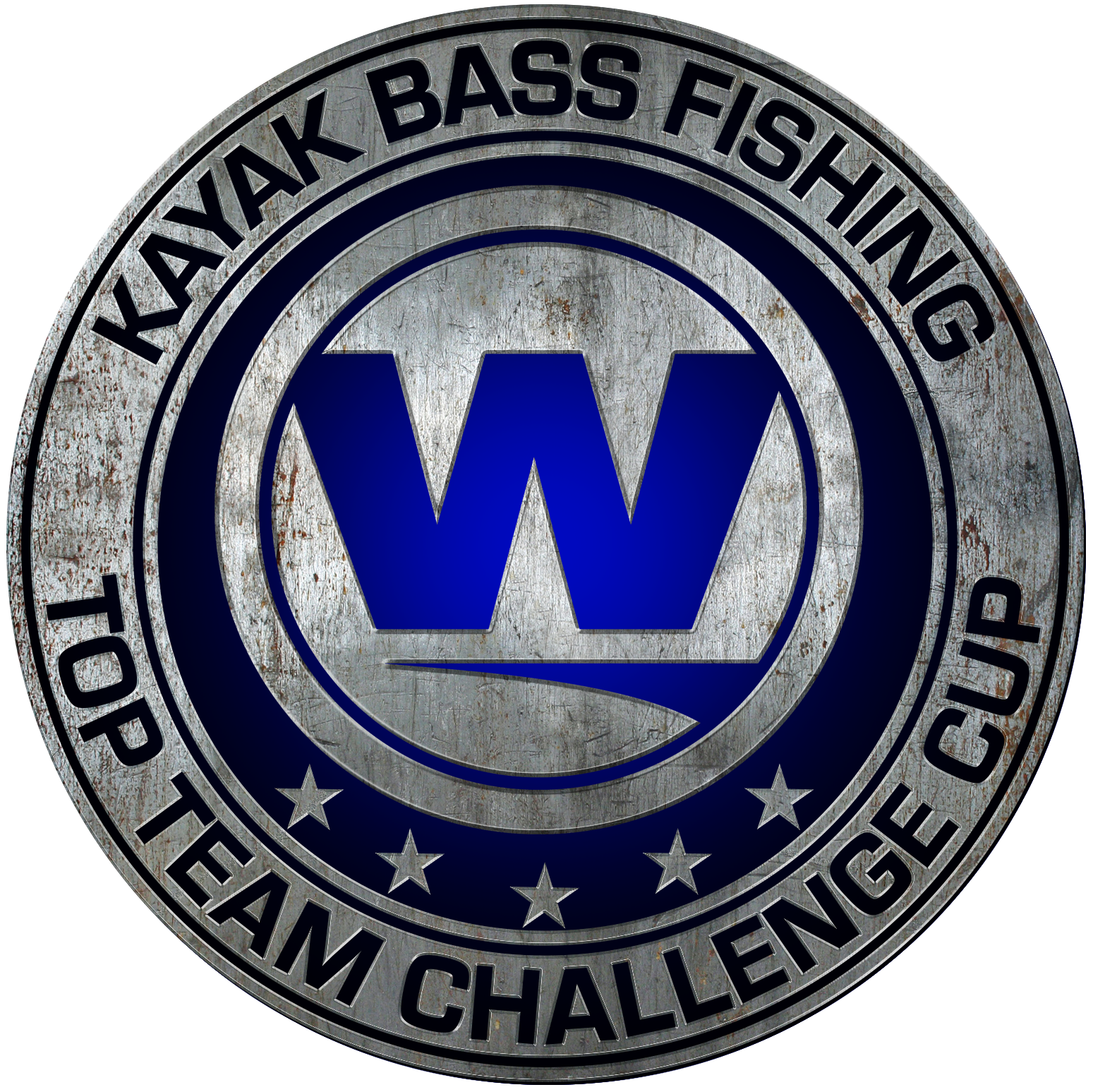 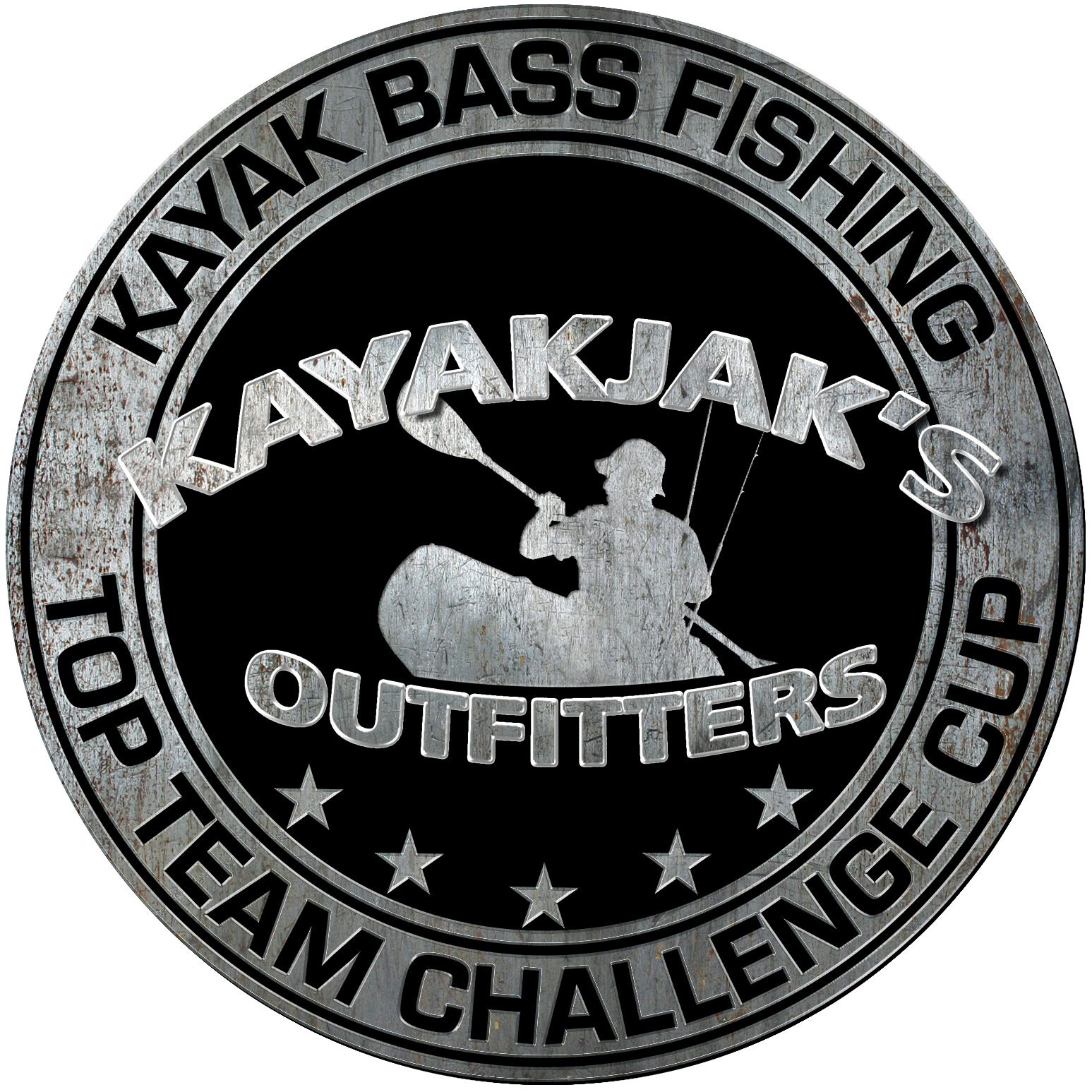 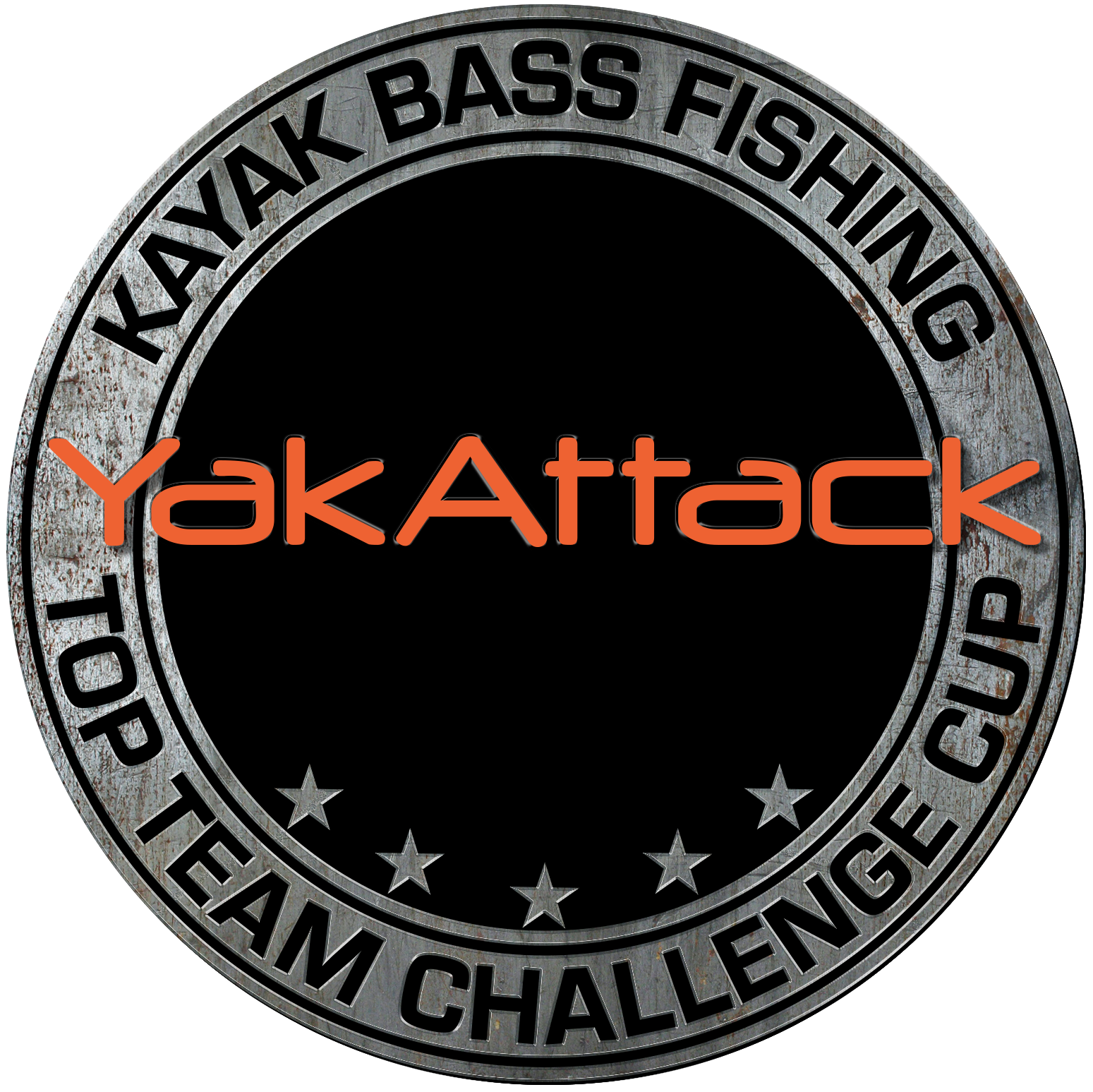