A Preview of the 2023 Realtree Fishing Kayak Bass Fishing Trail

The reason for this was because Kayak Bass Fishing was able to cast a wide net in 2022. Including the championship on Kentucky Lake, we held 20 Trail Series events in more than one dozen states. Anglers across the country fished in them for prizes, points and fun. There was camaraderie and competition and all the while new anglers poured in, infusing the ranks with new blood.

That combination of youth and experience points to an amazing year for the 2023 Realtree Fishing KBF Trail Series Powered by Dakota Lithium Batteries, and it all begins on January 28-29 in Polk County, Florida, at the KBF Kickoff!

While 2022 was a year of growth, 2023 will be a year to consolidate those gains in a leaner, more efficient tournament series. Highlights include:

Many of the lakes on the 2023 schedule have produced epic KBF Trail events in recent years. Lake Murray has been a favorite, producing big bags in 2021 and 2022. The Potomac River has proved to be surprisingly popular and competitive for three consecutive years, while Lake St. Clair is a reliable source of long limits.

It all starts at the season kickoff events in Polk County, Florida, of course, but two events deserve special mention…

KBF Returns to Chick and the California Delta 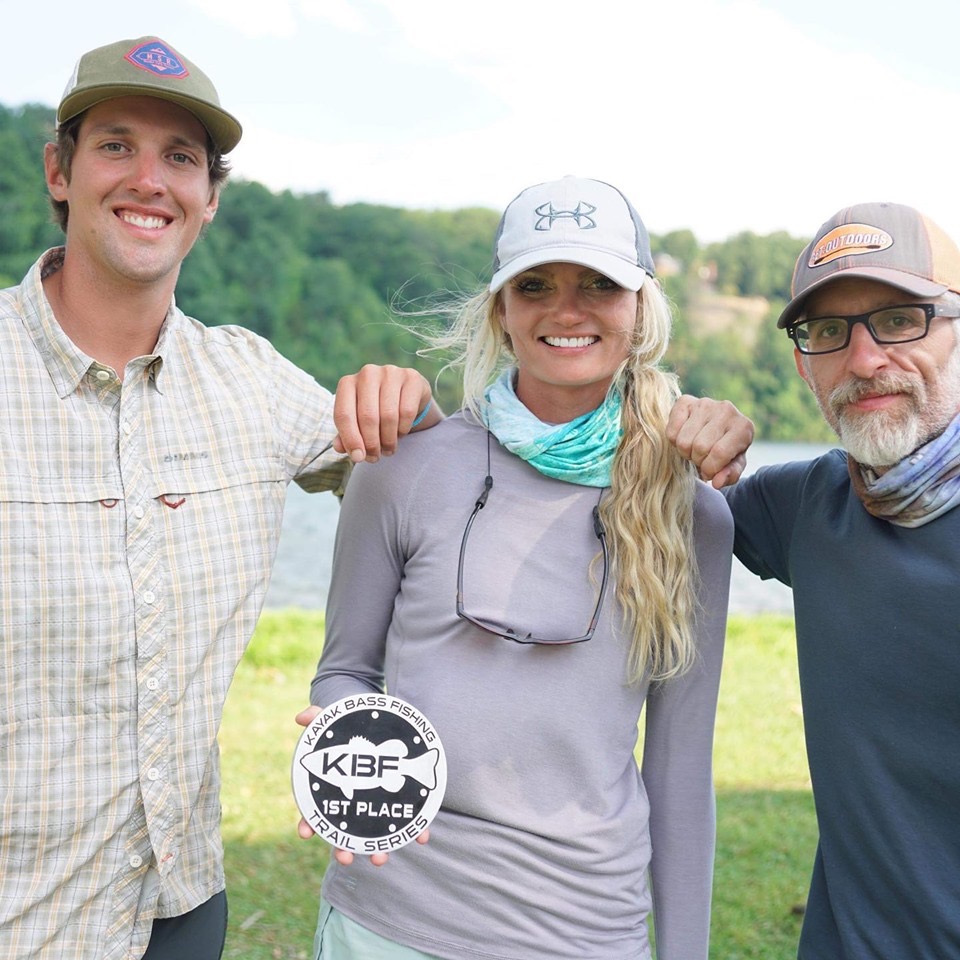 Kayak anglers are buzzing about KBF’s return to both Lake Chickamauga and the California Delta in June. KBF’s history on Chick is short in years but large in lore. 122 KBF competitors showed up there in June of 2019 for one of the all time great KBF Trail events. In that event, Kristine Fischer won her first KBF Trail coin and a host of legendary names rounded out the top of the leaderboard in one of the most competitive events in KBF Trail history.

Cashion Rods pro Cory Dreyer described his anticipation to fish Chick again in words that express a common sentiment: “In June that lake fishes well for me. I don’t have much to say except I am ready to go win.”

The other highly anticipated event is the California Delta in late June. Utah pro Chris Spencer, a multi-tournament champion in 2022, seemed to favor Havasu over the Delta when he told KBF :

“I’m excited for the two western Trail events [on Havasu and the Delta] of the 2023 season. Both are bucket list lakes for me. Looking forward to Havasu, as we could see fish in all phases of the spawn. Could be a slug fest for those who can find those long post-spawn fish.”

Californian Rus Snyders won a KBF Trail on the Delta in 2020, and grew up fishing its water. He told KBF: “They finish spawning around the end of May [on the Delta]. There are lots of different ways to catch them that time of year.”

Clay County: A New Home for the Trail Series Championship

Clay County contains several amazing fisheries and its waters have produced dozens of massive Largemouth Bass for the famous Florida Lunker Program. As always, we will crown a new Farwide Angler of the Year and a Rogue Fishing Rookie of the Year at the Trail Series Championship, where the qualifiers for the 2024 version of KBF The TEN will be determined, too. 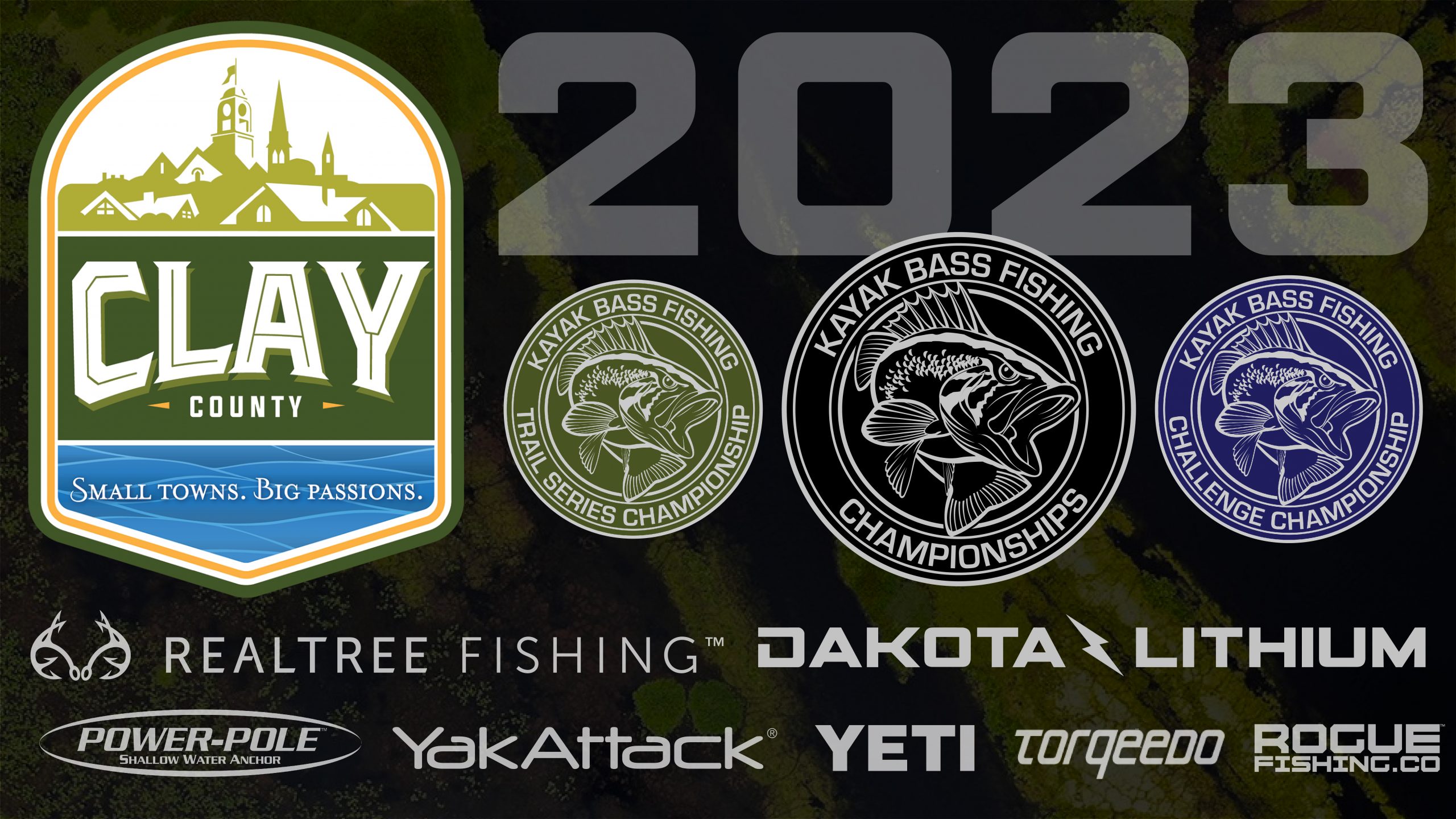 Stay tuned to our blog and social media for more news about these championship events!

Every Kayak Bass Fishing season produces new memories, new challenges and new champions. As our sport grows by leaps and bounds, KBF remains committed to improving at every level and maintaining its historic position as the trail blazer in tournament kayak fishing. With new championship formats, a streamlined Realtree Fishing KBF Trail Series, and the new AmBASSador Championship Series (a team series for our partner organizations) the 2023 KBF kayak fishing season is going to be a great one.

Get signed up, and get ready!

Click here to learn more about the Farwide Angler of the Year and Rogue Fishing Rookie of the Year.

Click here to register for the KBF Kickoff and TENvitational in Polk County, Florida, on January 28-29, 2023.