Battle of the Kayak Kings

In March 2016, Jackson Kayak Pro Matt Ball from Little Hocking, Ohio shook up the kayak fishing world by setting the record for earnings in a single kayak fishing tournament. While there will be other KBF National Champions, like Bobby Murray who secured his place in bass fishing history by taking the first Bassmaster Classic, Ball will always be the first Kayak Bass Fishing National Champion. An active Mountain State Kayak Angler who’s at home chasing smallmouth bass on West Virginia rivers, Ball will be returning to Kentucky Lake on March 31 to defend his title against a field of over 450 of the top kayak bass anglers from the US and Canada.

Hobie Pro Jay Wallen of Lexington, Kentucky bested over 500 kayak bass anglers across the US to claim the KBF Angler of the Year crown in 2016. This achievement reflects consistently high performance and year-round dedication to being the best in his craft. Later this month, Wallen will have an opportunity to add another title to his credit when he competes againt nine other top-ranked KBF Members in The TEN, a winner-take-all tournament on America’s most outrageous trophy bass resort, Bienville Plantation. The winner of that event paddles away $10,000 richer — coincidentally the same winner-take-all purse that Murray won in 1967 on Lake Mead. Wallen not only is a formidable competitor; he’s also a director of Bluegrass Yakmasters, a KBF Partner organization headquartered in Lexington, Kentucky.

Best of the Best Fish-off

Over three days in February, the Watumpka Area Chamber of Commerce will host a clash between these two KBF Members on public water close to the village of Watumpka, Alabama.

Ball has proven his angling ability on rivers. Wallen earned his reputation fishing on lakes. This event includes both.

KBF’s top two anglers from 2016, Ball and Wallen, will launch each day at 5:30 AM EST (approximately 45 minutes before sunrise) and end at 6:30 PM (approximately 45 minutes after sunset). On Day 1, they select a stretch of the Coosa River and work the current and eddys or seek out back-waters and stream mouths. On Day 2, they go to work on Lake Jordan. Depending on the results of those first two days, and going with their strengths, each competitor gets to choose either lake or river on Day 3.

This watershed will be new to both, so learning how they prepare, explore, break down, analyze, and execute a winning strategy. on new water will be interesting. As they work to answer the question, “Who’s best?” video crews from Jackson Kayak and from Heleconia Press (Hoover’s television production company) will join Hoover and Gene “Flukemaster” Jensen in chronicling the two anglers’ highs and lows over one day of prefishing and three days of competition. Then, each night of competition Chad Hoover will present a live webcast to report, interview, and analyze the day’s events. Sunday night’s Webcast will, of course, focus on which angler earned the right to the title, “Best of the Best.” 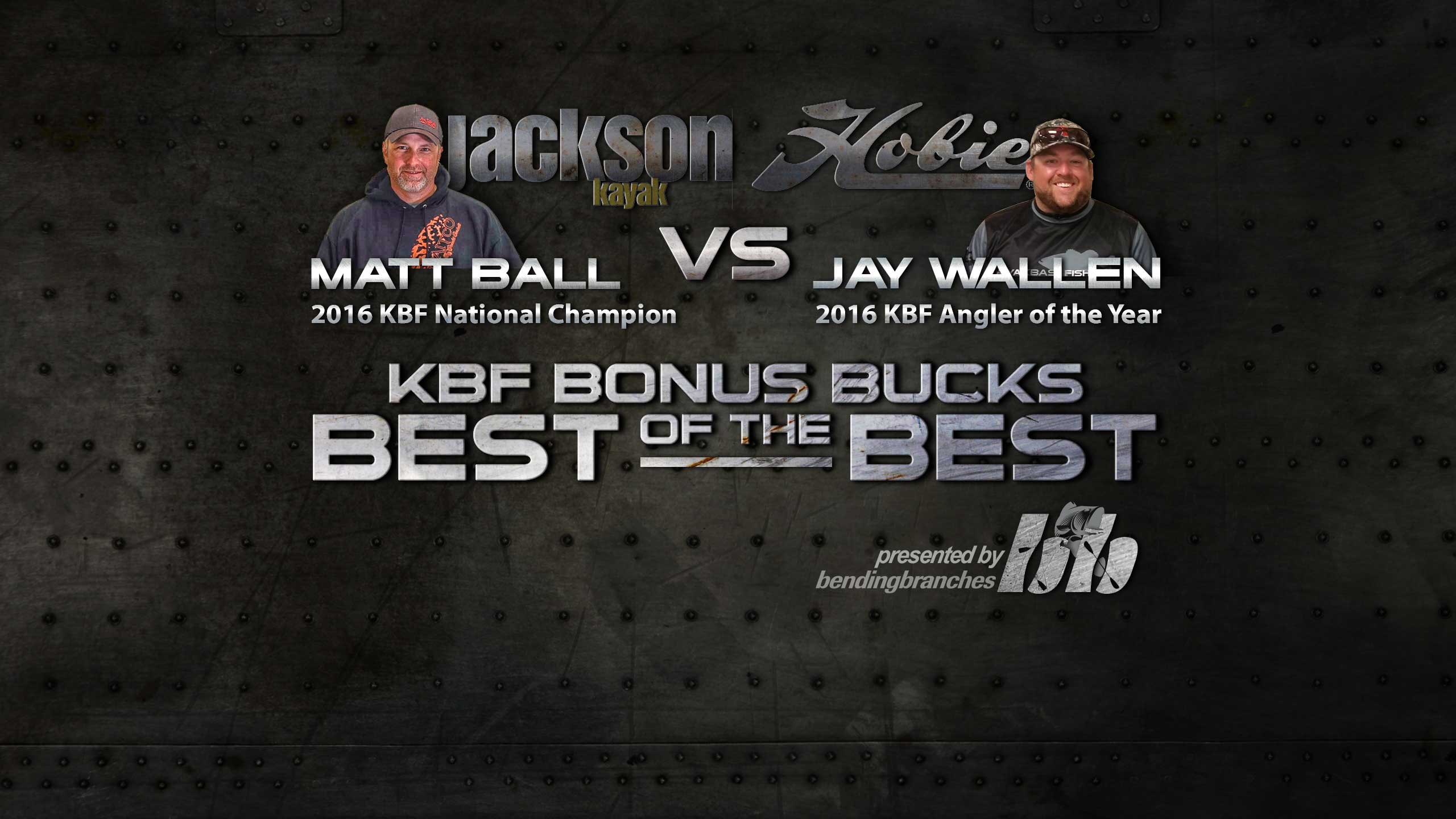