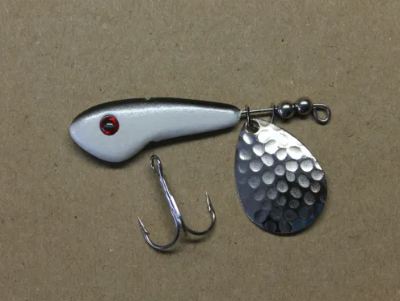 The tailspin’s history dates back to the early days of professional bass fishing in the mid-1960s when innovators like Tom Mann and Bob Ponds invented popular lures like the Lil’ George and the Wing Ding. The basic lure model consists of a heavy lead body with a small Colorado blade and a treble hook fixed to its back end. Anglers cast it and retrieve it like a spinner or jig the lure vertically; in both cases, its compact, dense body and pulsing blade keeps it down and busy in the water column. This effective but overlooked lure design has been tweaked many times over the years, but the Red Line Lure Company has recently reinvented it with its new TailKicker line of tailspin lures.

I came across this great product at the KBF 2019 National Championship in Louisiana, where Rickey McKenzie and Red Line had a sponsor booth. Walking by the booth, I had a flashback to when I was pre-fishing. Earlier that day I noticed a bait ball on my fish finder and a few larger signatures near it. I didn’t have my blade baits, so I reached into my tackle and pulled out an older tailspin lure. After vertical jigging for a few minutes without any luck, I paddled off. I found a long flat near some rocks and decided on a whim to work an entire line of the flat with a long cast of the tailspin. The lure traveled about 30 yards and I counted the drop. When it reached about 4 feet down (it’s a fast drop), I started to retrieve it. A bass grabbed it within seconds. Later that day, I tried it again on a similar flat, with the same result. I had found a pattern. It happened again the next day, but in this case, the fish threw the bait – a common problem with some older tailspins.

Later that evening, I was walking by the vendor tables at Louisiana Downs Casino, when the Red Line Lures Co. display stopped me in my tracks. There I saw a lure that had a small profile, a treble hook and a Colorado blade. It was a tailspin but it had a more distinct baitfish profile. As I stood there transfixed, Red Line Lure Company owner Rickey McKenzie extended a hand and introduced himself. I think he was caught off guard when I immediately asked him to sell me a few of the lures – folks probably don’t get excited about tailspins much these days. He said he couldn’t sell them, so he slipped me one sample of the smaller 3/8 ounce size. I told him I would be back with news.

The next day, I pre-fished a different pattern – different lures, different conditions, and different terrain. But I had the TailKicker rigged up, and when the wind picked up and shifted, I threw it and hooked a keeper bass. The bass earlier that day had been feisty and I lost a few good ones on a different lure. This one jumped twice, but it couldn’t throw the Tail Kicker. Why not?

The TailKicker has a very clever solution to the problem of how bass use the tailspin’s dense weight profile to throw the lure: the Tail Kicker has a hole in it. You thread the line through the hole and then tie it to the detached treble hook. When the bass jumps, the lure simply rides down the slack line, and the hook doesn’t budge. Once the fish is hooked, it stays hooked. 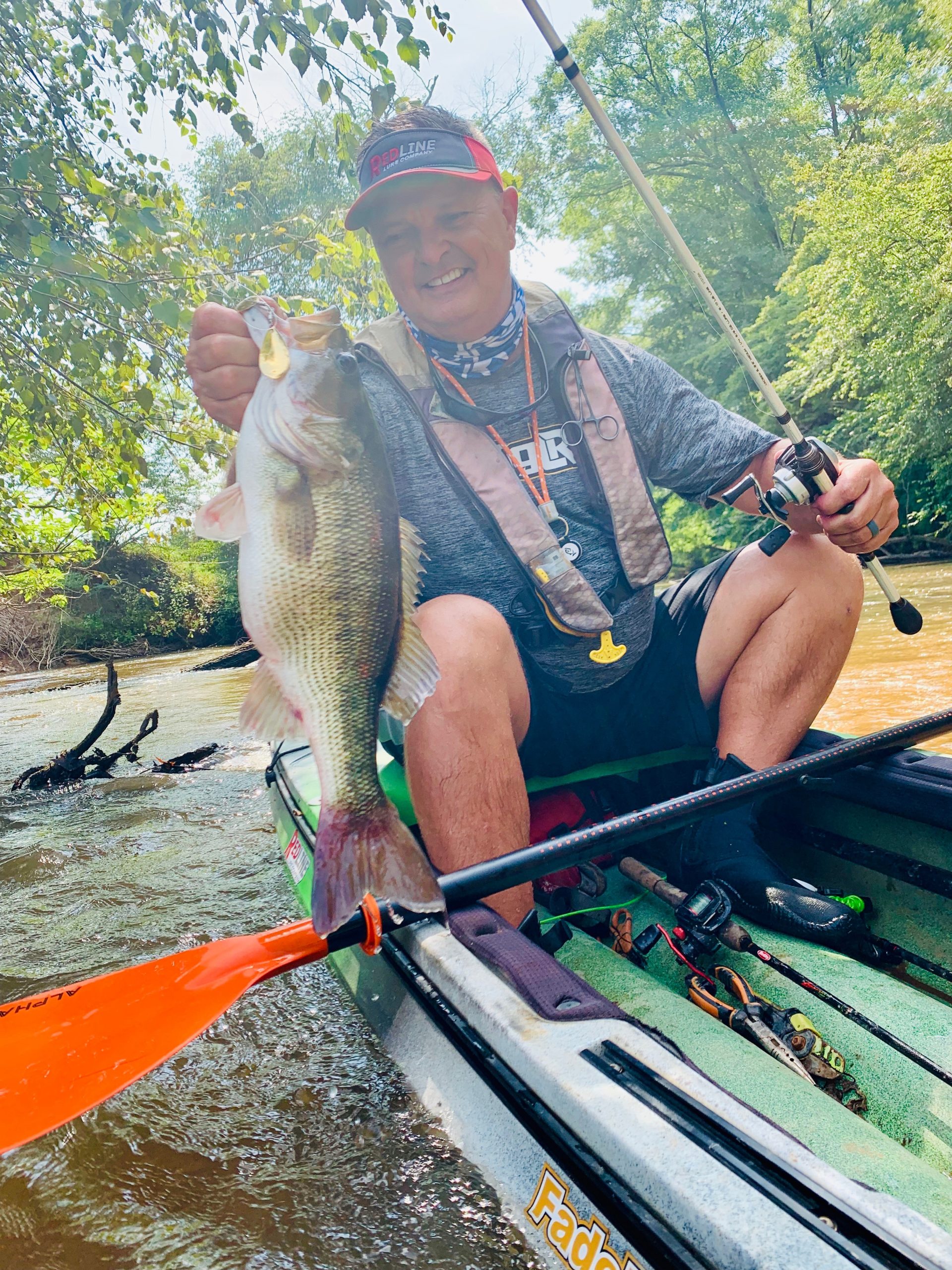 Red Line Lures pro, Tim Perkins, is always eager to show how productive their spinnerbaits can be. Photo: Scott Beutjer

I gave Ricky a report at the meeting that evening, and we discussed the lure. I told him I was considering upgrading to a slightly larger hook because the fish were short striking lures, and he said he did that sometimes as well. I found a wide gap hook with a short shank to work best because a longer shank sometimes angled the hooks back and caught on the line above the lure body. The next day, I had several more bites on the Tail Kicker. I took the Tailspin home and I fished it all season long when conditions allowed, and it has caught some more fish. It has now permanently replaced the older tailspins in my tackle box.

Red Line Lure Company manufactures a variety of jigs and spinnerbaits, as well as a very good buzzbait model. But the TailKicker is a real gem. Red Line sells it in 3/8 oz., ½ oz. and 1 ounce sizes. It’s an overlooked lure type and Red Line has innovated it to solve the hook-throwing problem that bedeviled some older tailspin models. It’s the perfect lure to try when the fish have seen it all, and the sort of welcome surprise, and precisely the sort of thing that happens at the KBF National Championship.