On June 25-26, KBF competitors converged on lakes in California and Tennessee in the first of those double headers. The weekend action began on Percy Priest Lake, a short distance east of Nashville, TN, and ended on Pacific Time at Lower Otay reservoir in San Diego County.

Summer heat and boat traffic factored into the bites all weekend long as anglers set out on Percy Priest. As 2017 KBF AOY Jamie Denison later noted in a social media post, “the bites were consistent all day…” A look at the final standings confirms Denison’s observation: anglers caught limits of both smallmouth and largemouth bass, but it was the bigger bites and culls that made the difference.

Perennial KBF competitor Josh Stewart announced his presence early with an 83.25” limit after one quarter of competition time. The story of the event’s early hours was that of anglers trying to catch and surpass Stewart, and a few ultimately did (Stewart finished third overall).

Deamen Henderson and 2020 KBF AOY Rus Snyders were the first to reach within striking distance at around the half way mark of the day, but soon thereafter it was Charles Mizer who surpassed Stewart when he posted an 86” limit. Ron Himmelhaver, who eventually placed second, was briefly in third place, with 82” before upgrading 2.75”. In the meantime, Gene Jensen climbed into fifth place with 78”, an important but overlooked day 1 result, as we shall see.

Mizer won the Realtree Fishing KBF Trail I on Saturday by fishing a single stretch of water and by simplifying his approach to the lake. In his words:

“I had only fished Percy Priest once or twice before, so I picked an area to pre fish and expanded it a bit until I found bites. I liked what I found in terms of quantity, and my goal was to get a limit and upgrade. I like to fish one area and keep it simple, so on Saturday I sat on the same 80 yard by 40 yard stretch of water and fished it all day. 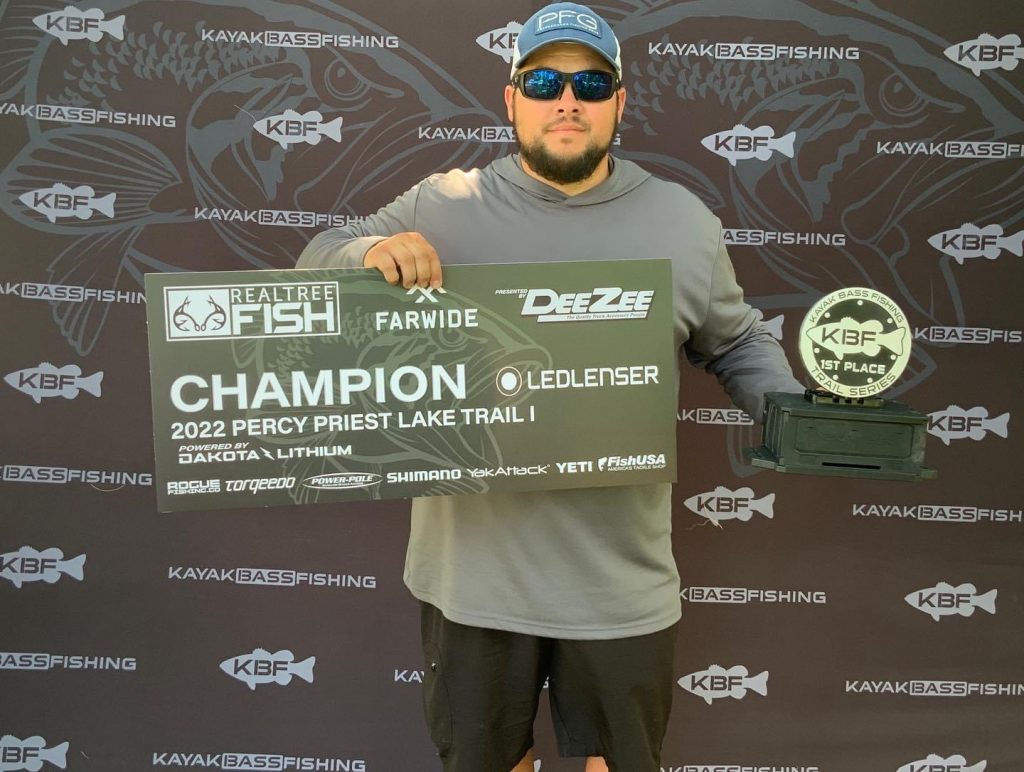 “I was using soft plastics. A Z-Man Fatty, a Mag finesse worm and a creature bait. I mostly used a shaky head or a football head rig, but I did lose a lot of fish, maybe two or three limits worth. Thankfully the bite was consistent, and I caught fish early and late.”

With his victory, Charles Mizer won his first KBF Trail trophy. Additionally, Mizer was a late sign up for the KBFTN event on the same day, which he also won.

Deamen Henderson finished in fourth place on Saturday, and began his Sunday fishing with something to prove in KBF Trail II. He came roaring out of the gate with an 81.5” limit, and never relinquished the lead over the remainder of the day. It was an impressive wire-to-wire finish.

“First thing in the morning I got out on this one flat and I threw a Yozuri 3DB popper and that’s what landed my 18.75 smallmouth bass. And then I went to one boat dock slip with a Neko rig that was a black and blue senko but it was crazy – I had to pitch between a jet ski and the dock. I  had like a 6 inch clearance to get in there but I pulled one out every cast.” 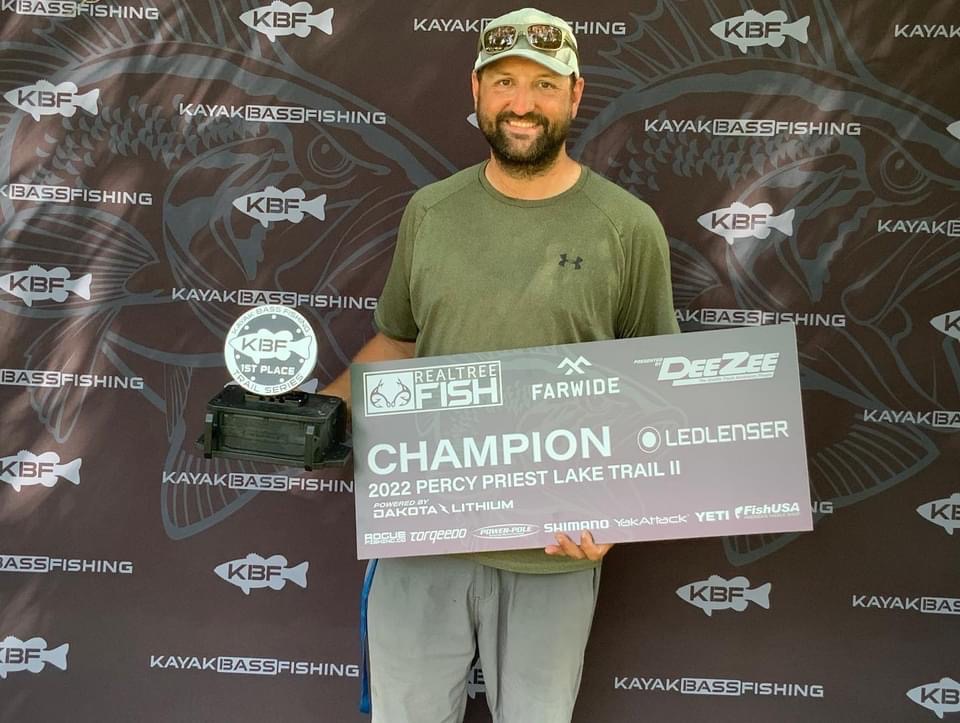 Other interesting scenarios were playing out on the Farwide leaderboard as well. Behind Henderson, North Carolina’s Jared Stanley was holding his own against heavy hitters who were piling up limits in the morning, among them Gene Jensen, Garrett Wade and Jody Queen. Stanley upgraded from 75” to 79.75” after mid-day to secure second place.

Jensen in the meantime was winning another battle – for the KBF Pro Series trophy. Jensen’s previous outing at Laurel River ended with mixed results, but nonetheless gave him a KBF Trail win on that Sunday. He had finished in sixth place at Saturday’s Trail, and his fifth place finish on Sunday gave him the edge over Rus Snyders for the Pro Series victory. It also moved Jensen up in the Farwide KBF AOY race.

“I didn’t think I had fish to win it, and it was tight. all my keepers didn’t come until the last hour or so each day. What’s more is my spot was 300 yards from our camp site, but I couldn’t launch there so I had a 35 minute drive and another 30 minute ride to the area.”

“I camped with Deamen Henderson and we pre fished together all week. We found some pots during practice, and that was one. It was similar to another point he found that was a community hole. I had another area to start, but when it didn’t produce Saturday I went to that point and didn’t catch anything until 11:30. That bite window was only open for so long and I made the most of it.

“I was doing good in the Pro Series headed into Day 2. Deamen went to that community hole and I went to the point. I figured the fish would show up some time between 11-12, so I fished around and checked back every hour. I landed my first keeper at 12:10 and caught six fish between then and 12:30. I caught them all with Livescope – I would see them and throw at them with a mix of lures, mostly crankaits but also a big worm and a jig.”

Up next: The Realtree Fishing KBF TRAIL & Pro Series will resume on July 16-17 at Erie/St. Clair.

Charles Mizer is on the NuCanoe Fishing team.