As with most new kayak anglers, I started with only a paddle to get me to my fishing spots. I was ecstatic when I finally mounted a trolling motor onto my kayak.

I was quickly frustrated and severely disappointed. While it helped increase my range, I made several easily avoidable mistakes that made fishing more difficult.

Learn from my failures so you don’t waste your time or money on an improperly placed trolling motor that isn’t protected and a battery that doesn’t have enough juice to last your entire fishing trip.

I immediately mounted the trolling motor and headed to the lake, towing my kayak on an old boat trailer that I was in the process of modifying to use as a kayak trailer.

It transported me from point A to point B and was much quicker than I could paddle for a sustained distance, but it didn’t handle well in the wind.

I found myself constantly battling the wind instead of fishing because the motor would push the tail end of the boat to where I wanted instead of the front.

No matter how hard I tried, I couldn’t hold my position to get the perfect cast. Now don’t get me wrong, I still caught a lot of fish and several big ones using the transom mount trolling motor.

However, my eyes were opened when I purchased a Motorguide Xi3 and mounted it to the front of my kayak. 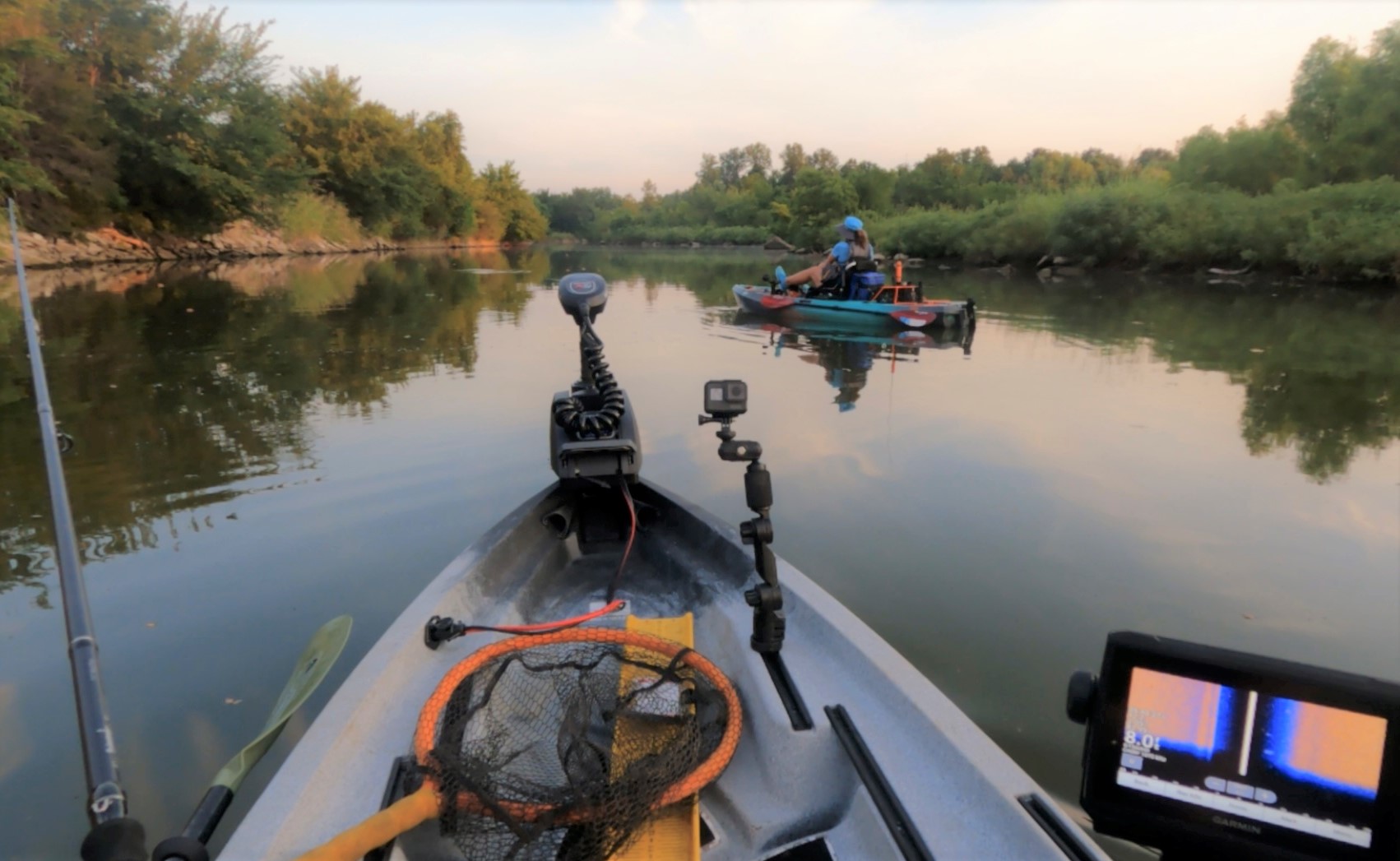 Yes, the Xi3 has more features like spot lock and heading lock, which make it a better trolling motor for bass fishing. I love that it pulls my kayak through the water instead of pushing it. I feel as though I have better control in windy conditions. Since it’s controlled by a remote, I don’t have to put my pole down to make slight adjustments, which means more chances to hook another bass.

The mistake I made wasn’t getting a transom mount trolling motor; it was my ignorance of not knowing which one I would like best. To avoid this mistake, test out a few of your friends’ trolling motors and do your research before purchasing.

In all my excitement about getting a trolling motor on my kayak, I bought a small cheap lead-acid deep cycle battery.

For half-day trips of more paddling than using the trolling motor, it worked. However, I often fish in a river and large reservoir. This means I must make long runs to some fishing spots.

I quickly discovered I didn’t have enough juice to get to my honey holes and back to my truck unless I wanted to paddle. On a windy day of kayak fishing, I thought I had just enough battery to make it back to my truck after one last cove.

I had to paddle against the wind, and at times, I wasn’t making progress. It took me 30 minutes to travel half a mile because when I stopped paddling to rest, I immediately began to be blown in the wrong direction.

That was the moment I decided to upgrade my battery. Never again would I run out of juice.

The best kayak trolling motor batteries are lithium batteries because they are lightweight, powerful, and long-lasting. However, they’re more expensive, so don’t be shocked by the sticker price.

I have yet to need it, but I’d much rather spend the $20 on a circuit breaker or fuse and never need it than burn up a $1,200 trolling motor.

I purchased the 50amp circuit breaker because the manual said the Xi3 is rated for 52 amps, so I have a little room if it takes slightly more than 50 amps to trip the breaker, and if it does trip, it’s as simple as pressing a button to reset it. 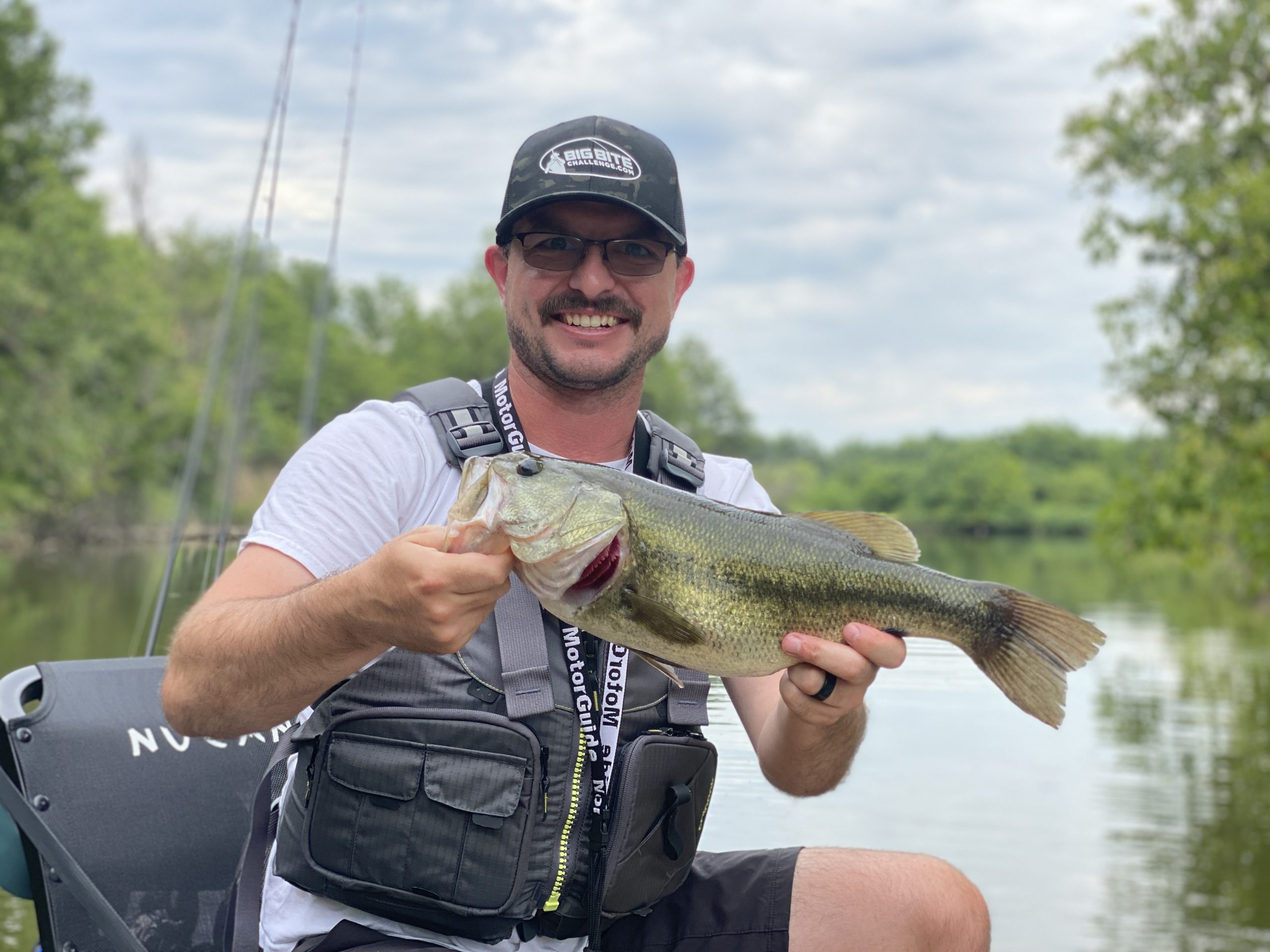 The author with the fruits of his labor. Photo courtesy of Wes Littlefield.

I’ve run it in windy conditions and at full speed for an extended time and haven’t had a single problem. The next step is to test it in grassy areas and current. I don’t expect to have any issues, though.

Purchasing and installing a fuse or circuit breaker is much easier than replacing a trolling motor or taking it to the repair shop, so don’t risk it as I did for so long.

Hopefully, you’re not like me and you won’t have to learn the hard way. Follow the tips below and you’ll have fewer frustrations when using a trolling motor – just avoid these three mistakes that I didn’t:

Wes Littlefield is a freelance writer and kayak fishing fanatic. He loves taking his NuCanoe Unlimited bass fishing, catfishing, and trout fishing because he can bring along his wife or daughter. Wes also enjoys duck hunting out of his Nucanoe Frontier 12 because he can get to places others can’t.