The 2022 Yak Attack Kayak Bass Fishing Trail Series Championship was held on October 19-20, 2022 on Kentucky Lake. It culminated the busiest and most wide-ranging KBF Trail Series season in history. With nearly 20 event weekends between January and August, the KBF Trail offered thousands of anglers across the country a chance to earn AOY/ROY points and prizes. It also offered a chance to qualify for Dee Zee KBF The TEN, an exclusive event for the top 10 in the Trail Series’ final standings.

Virginia angler Casey Reed was one of those anglers who competed all season for a spot in the TEN House in February of 2023. A pro on the Old Town fishing team, Reed has won his share of tournaments over the years, and is a contender in every event. But the TEN House has nearly always eluded him. Sometimes, it was by the smallest of margins. In fact, he has been the first angler out, in 11th place, when the points were tallied. Reed landed in that unenviable spot three times – in 2018, 2020, and 2021.

Reed, did qualify once, in 2019, however. He has always wanted to return for another shot at winning Dee Zee KBF The Ten. A qualification would help balance the record at 2-3, too.

On Kentucky Lake, Reed would banish the years of frustration and close calls with a performance that kept his name at the top of the Trail Series Championship standings all week long. And when it was over, there would be redemption for Reed and 9 other anglers who received an invite to the TEN House.

The 2022 KBF Trail Series Championship began with familiar names atop the leaderboards.  Robert Weiker had the early lead, while Cody Milton, Anthony Winkleman and Casey Reed alternated holding the lead or making the leader sweat out a cold bite. Ryan Thomas and William Stuntz also made their presence felt, while North Carolina’s Bruce Deel also worked his way into the conversation. At mid-day, the Trail Series Championship leaderboard was nearly a carbon copy of the Challenge Series Leaderboard.

Late in the day, Milton extended his lead by a few inches, finishing in second overall with 87”, while Derek Brundle also improved his standing, moving to third place overall ahead of Reed.

Ow did these top anglers find fish, when so many struggled? Location was a factor. Kentucky Lake presented specific challenges to Kayak Bass Fishing competitors this October. For most, fishing large southern impoundments that draw down in the fall is a familiar challenge. But this year’s drought in the Mississippi basin lowered the lake’s water levels more than usual.

It also concentrated fish in certain areas. River and creek channels were one of those areas targeted heavily by competitors. It was where Casey Reed did some of his best work: As he told it:

“I fished two baits. The first was a Rat-L-Trap in 2-4 foot of water, and the second bait was a shaky head on deeper brush piles.”

Reed finished Day 1 with a total of 81.75”, good enough for fifth place overall. 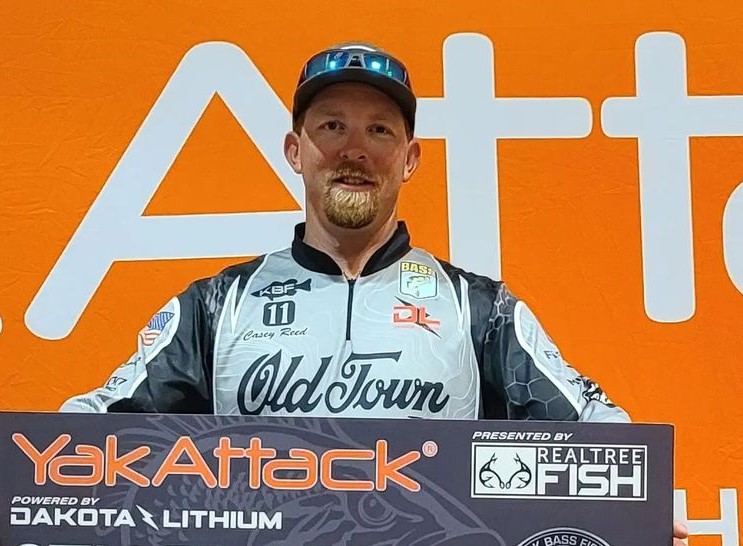 Both Spencer and Jensen found themselves in the top 10 as Day 2 passed the noon hour. Gene Jensen posted a 75.75” limit by mid-day, while Spencer had also posted a limit.

For Spencer, the challenge was to find the right water. Like reed, he ended up focusing on channels. In Spencer’s words,

“It was tough. I struggled at first in practice but put enough information together to find an area. A channel swing between the main lake and the back of a creek was the key. My main baits were a square bill, a spinnerbait and a jig.”

Spencer’s strategy of targeting deeper areas where water dug out holes in places like swings was one way anglers overcame the lake’s lower water levels. Wilderness Systems pro Rus Snyders adopted a similar strategy on his way to becoming the Trail Series Champion:

“A big key to my success this week was using my Torqeedo 1103 motor to motor down river several miles and then fish my way back up. The majority of my fish were caught on a 6” Mega Bass Mag Draft swimbait. I would find gizzard shad and the larger bass would be nearby. Areas that had medium paced current with large lay downs were my main focus.”

Snyders finished atop the Trail Series Championship field on Day 2, on his way to becoming KBF National Champion in an epic end-to-end victory run. 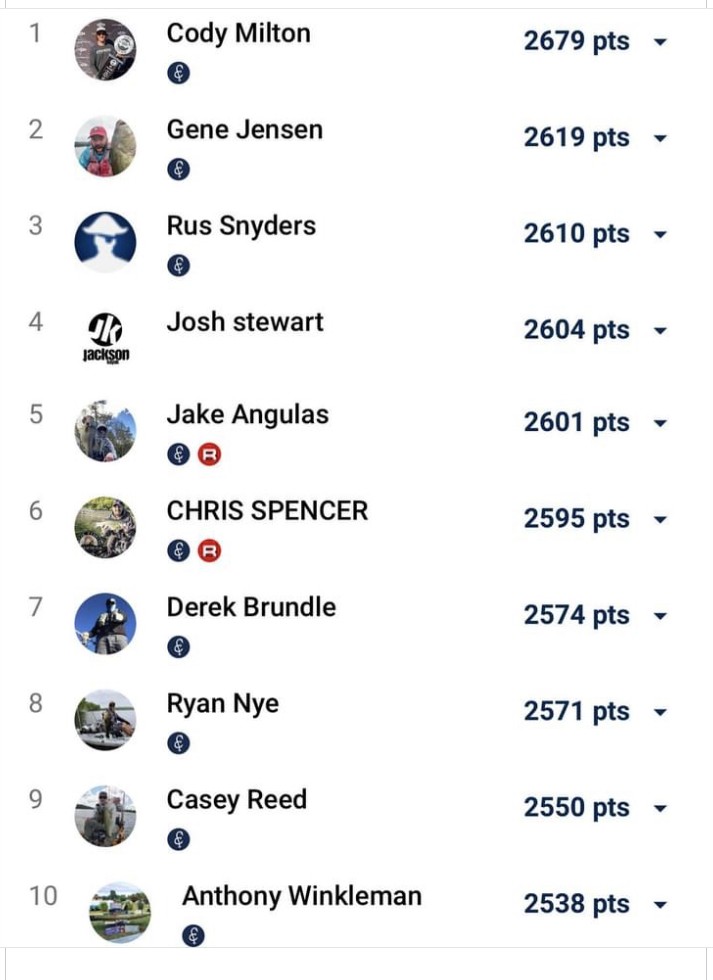 Day 2 would ultimately decide many things. To borrow Chris Spencer’s word, Kentucky Lake had been tough. The end result was worth the effort: when the Trail Series Championship was over, the anglers for Dee Zee KBF The TEN were confirmed, a Rogue Fishing Rookie of the Year had risen to the top and the Farwide KBF Angler of the Year was crowned.

For Casey Reed, it would decide if he would qualify for the TEN House. Reed finished in 12th overall on Day 2, and kept his fingers crossed. In the end, Reed finished 7th overall in the Trail Series Championship.

And he also punched his ticket to the TEN House.

As did Chris Spencer. Spencer and Reed will join Gene Jensen, Cody Milton, Rus Snyders, Jake Angulas, Derek Brundle and Ryan Nye in Florida in February of 2023 to decide another champion in the sport of kayak bass fishing’s most exclusive event. 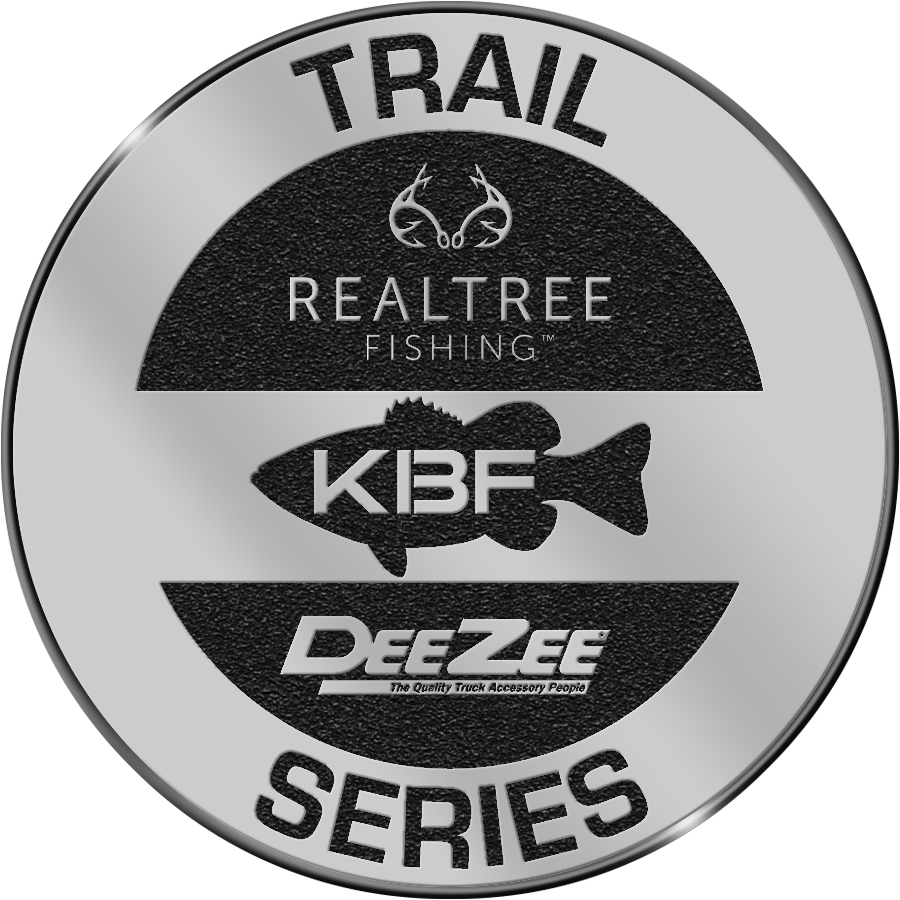 The Kayak Bass Fishing Trail Series is a nationwide Trail Series. By competing in it, KBF anglers earn points toward their standing in the Farwide KBF Angler of the Year race. In the end, the KBF Angler of the Year is invited to Dee Zee KBF the TEN. There, the angler is joined by the 9 other anglers in the Top 10 of the points standings (and also the Challenge Series Champion) to compete in that prestigious event, which is held in Florida in February of every year.

About DEE ZEE KBF The TEN

The history of DEE ZEE KBF THE TEN is a who’s who of our sport. To qualify for it shows you are one of the 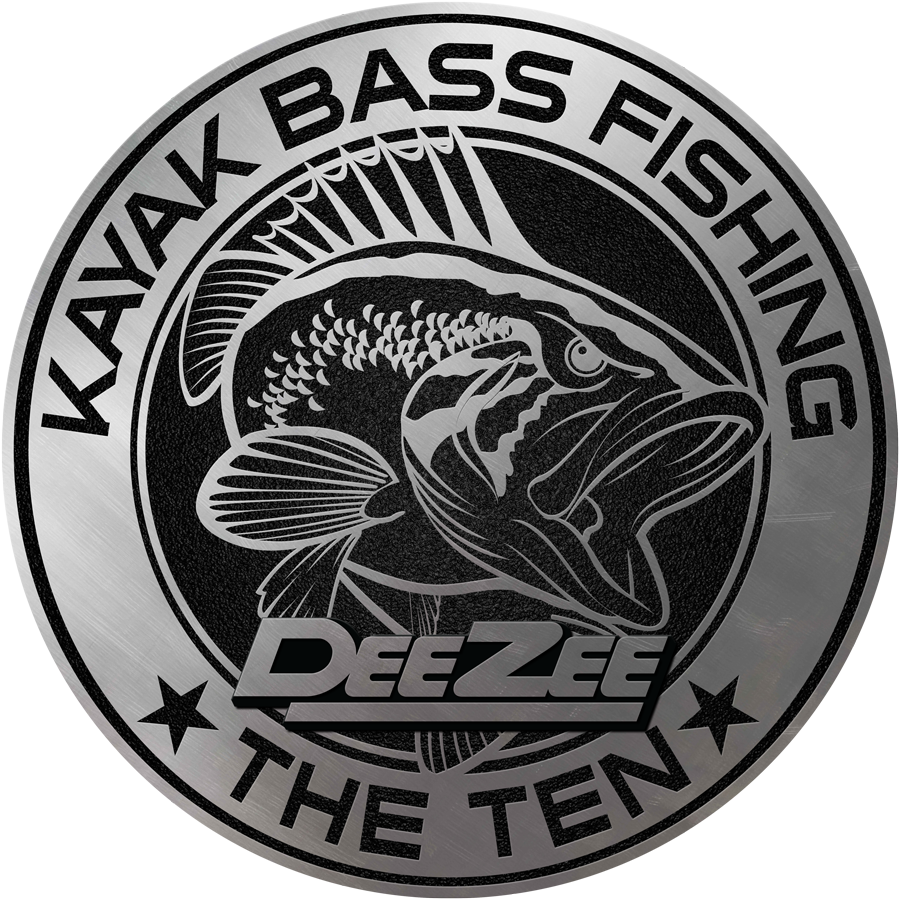 best, to repeatedly qualify demonstrates outstanding consistency, and to win the event engraves your name on an exclusive monument. Simply put, there is no single event that is more exclusive or prestigious in the entirety of kayak fishing.

In 2020, THE TEN trophy was won by Rus Snyders, followed by Ken Wood, Derek Brundle, Cody Milton and Brad Case.

The 2022 YakAttack Kayak Bass Fishing National Championship Powered by Dakota Lithium was made possible by support from the Paris-Henry County Chamber of Commerce at ExperienceParis.