Two Alabama communities welcomed fifteen kayak anglers from seven Gulf Coast and Atlantic Seaboard states this past weekend (November 6th 7 7th, 2020) to the 2020 KBF Redfish Series Gulf Division Tournament and the 2020 KBF Redfish Series Championship. At stake were Angler and Rookie of the Year titles as well as the Divisional and Series Championship.

On Friday, Benton Parrott’s (FL) return to his home waters proved advantageous enough to win the Gulf Division tournament with a 113.75-inch limit.  When asked how he won he gave credit to fishing “Saltwater Assassin sea shads on 1/4 oz. Pro elite jig heads tight against the grass lines and slow through some of the deeper holes back in the canals. I also threw topwater tight against the grass lines drawing several aggressive blowups.”

Kalon Johnson (LA) rolled into Gulf Shores with an insurmountable lead in the Gulf Division Angler of the Year race—a 4-Challenge 2,400-point tally. Even had he won on Friday, Vince Wray (MS) couldn’t overcome that gap. He ended the season fifteen points off Johnson’s pace with Johnson taking home the Gulf Division Angler of the Year title.  Johnson had never been to Gulf Shores, AL prior to the Championship weekend and walked away Friday knowing his chances for the Overall Angler of the Year Title were no more.  “I am grateful and still hungry for more”, Johnson said.

The Atlantic Division AOY title had been claimed weeks earlier by Andrew Imes (NC), who also laid claim to a perfect 4-win record. He was followed closely by the defending 2019 Angler of the Year Dave Jaskiewicz (SC) with 2,390 AOY Points.

Imes looks for a repeat AOY title in 2021, “Until I’m too old to fish in a kayak I’ll be gunning for the AOY”, Imes stated.

In 8 hours of championship competition on Saturday, Greg Riddle of Tampa, FL rounded up a five-fish limit totaling 122.75”—an average of 24.50” (for readers unaccustomed to KBF bass fishing, Redfish must fall within a 16.00-27.00” range to be accepted for scoring. Bigger fish produce an adrenaline rush, but no points).

Riddle grew up just two hours east of Gulf Shores and yet he had never fished the local waters and landed his first Redfish in August of 2018.  On tournament day he and half of the field launched at the same location, relying on his “Torqeedo strategy”as he calls it, he took off and ran as fast as he could to water he could find solitude in.  Using this same strategy during the 2019 Redfish Series Championship paid off with a second place finish.  “My thoughts were to get to water that other anglers think are too far away. Even if they do try to fish them, I’d get there first and have first crack at it.” Riddle said.

What was his winning bait?  “On tournament day, I slowed down and really tried to pick the water apart with a D’s Baits 1/8 oz swing rig jig head that I buy in bulk at GTO [Guntersville Tackle and Outdoors] in Guntersville when I visit. On the back, it had a 3” Gulp Shrimp (white with chartreuse tail).” Although Parrott kept his sights on taking home two Championship titles his total of 116.25″ was not high enough to surpass Greg and landed him with a second place finish.

Rookie of the Year

Rookie of the Year is an achievement that newcomers fishing the series work hard for.  Joe Arthur (TX) is no newbie to the saltwater fishing scene but this was his first season fishing this series.  Going into the Championship Arthur knew he was in the running for ROY with 2370 ROY points, only a 300 point deficit from Johnson.  “I had to make sure I caught more fish than Kalon both days to increase my ROY points”, Arthur recalled.  Arthur only managed one 20.25″ fish on the board Saturday, but that was all he needed to slide past Johnson and secure the ROY title.  He is ready for the 2021 season and shared these thoughts,  “I am definitely glad we are going to have State AOY next year but I am looking forward to fishing for the overall AOY and increasing angler participation from my state of TX.”

Angler of the Year

Consistency throughout the season is what Anglers aiming for the Angler of the Year Title must achieve.  Several top finishes in the online challenges and a third place win in the Series Championship on Saturday is how Wray took home the 2020 AOY title. A late change in fishing spots and pulling out an “old school Johnson GOLD Spoon” from his array of tackle is what it took to seal the deal.  When asked how it feels to be the 2020 KBF Redfish Angler of the Year, with a smile Wray commented, “I am excited also because I have worked hard for two years to fish against the best of the best and some of the new anglers from the Gulf Coast. I am happy that it happened to me for sure and feeling blessed.”

Each evening the competitors met outdoors at Yo-Hum Tacos at the Wharf in Orange Beach, AL where they enjoyed fellowship and lighthearted ribbing.  Chad Hoover, KBF Founder/President shared the 2021 plans which included separating the Redfish Series from KBF.  When Imes was asked how he felt about the direction for 2021, “I think we’re heading in the right direction branching away from the KBF. I feel like this will bring a spotlight to the competitors and series instead of everything getting lost in the world of bass fishing. I’m really excited to see this grow and can’t wait for the next season to get underway!”

As always thank you to our sponsors that make the events possible:  Realtree Fishing, DeeZee Truck Accessories and Nines Optics.  Many thanks to the Gulf Shores & Orange Beach Sports Commission for hosting this event and welcoming KBF members to the area. For more about the KBF Redfish Series at Gulf Shores, click here!

Stay tuned in the coming weeks for more information on the Kayak Saltwater Series, KSS. 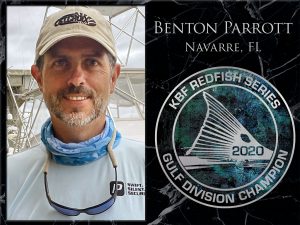 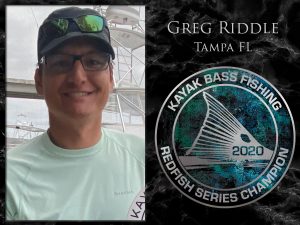 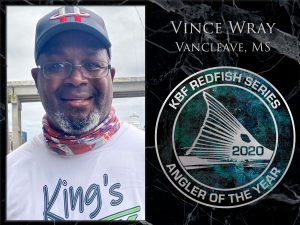 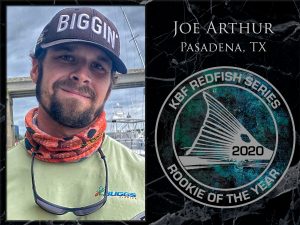 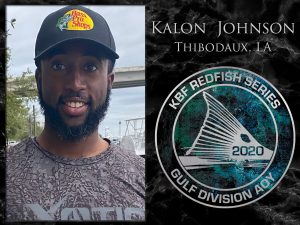 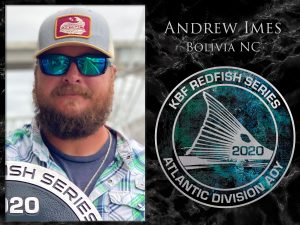