When you look at the Fishing Chaos KBF Ledlenser leaderboards today, you will see 4 events listed under “KBF Championships.” But what are they? What formats does each use? And who are the favorites among the anglers, statistically or otherwise?

Let’s break down each individual tournament and answer some of these questions, and then check out the Bucketmouth Brand Big Bass Brawl 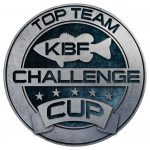 The basic format is that a sponsor company assembles a team (or teams) of their best anglers to field. Those anglers each contribute their best fish to the leaderboard each day over the course of the two day event.  With five anglers per team in the first events, that was ten fish over two days, and the highest cumulative length won.

In 2021, the number of anglers allowed per team is four. As in past seasons, companies such as Torqeedo, YakAttack, Dakota Lithium, NuCanoe, Jackson Kayaks, Motorguide, NRS, Phillip Maxwell Auto Body and others will field teams. A separate Ledlenser leaderboard will allow fans to follow the teams as they post fish and battle for trophies as well as payouts to the top 3 teams.

KBF’s Challenge Series is the gateway to tournament kayak fishing. Every season, thousands of anglers across the continent compete for qualifying spots and prizes. They also compete for points, and at the end of the regular season (September) one angler from each state is crowned the state champion based on their cumulative point total of their top scores from 3 monthly events and one Weekend Warrior event. If there is a tie, it is settled at the Challenge Series Championship.

Here is the beauty of it all: your points carry over to the championship round. All the hard work can set you up for a big finish at the Championship. And if you finish 1st overall and become the Challenge Series Champion, then you earn a spot to the next edition of DEE ZEE KBF THE TEN, the most prestigious and exclusive event in the sport.

Additionally, the entry fee for the championship is low (only $115), but the stakes are high. A portion of each entry during the regular season is set aside for payouts, and in 2021 KBF has guaranteed a minimum total of $25,000 to be distributed to the field. Add in Bonus Bucks payouts, and a Challenge Series champion can have a big payday at the event while also qualifying for a chance to win more money at The Ten house in Florida in 2022.

This year, some heavy hitters will head into the event with full points, and several others will also be favored to win. Jimmy McClurkan, Casey Reed, Pua Yang, Gene Jensen, Matt Kiefer and Ryan Nye have all compiled strong tournament records, to name a few. But seeing as the championship round awards points and a half in the standings, it is anyone’s to win even when points totals might indicate a statistical advantage.

Follow all of the Challenge Series action here: https://app.fishingchaos.com/tournament/2021-kbf-national-championship/leaderboard/2021-challenge-series-championship-overall-leaderboard

This event is for the road warriors. KBF TRAIL anglers travel thousands of miles every season to compile points in the hopes of being crowned Angler of the Year or making the Top 10 and earning a ticket to DEE ZEE KBF THE TEN. All season long, they have battled across the country to put themselves in position for one final event – a final surge of energy, and a two day marathon that will come down to the last cast.

This year, there is a wrinkle. For the first time in the title’s five year history (Rus Snyders won it twice), an angler could become both Rogue Fishing Rookie of the Year and Farwide Angler of the Year. That angler is California’s Daniel Balaba, who compiled a massive point total over three KBF Trail events on Clear Lake in August.

Balaba has his work cut out for him, as the list of anglers at his heels is a mighty one. Starting with the defending DEE ZEE THE TEN CHAMP Jody Queen in 2nd place, there is the defending AOY Rus Snyders in fourth place, followed by the Hobie B.O.S. Series AOY Drew Gregory. Just outside the top ten, 2018 AOY Cody Milton is looking to bust the bracket. A line up like the fishing equivalent of the 1927 New York Yankees fills out the rest of the top 20. One could say it extends past the top 50, and few would argue with the claim.

In 2020, Matthew Conant did something that still defies belief: on Lake Guntersville, he won the Trail Series Championship and the Challenge Series Championship over the course of two days. On day 3, when only the top 100 competed for the National Championship, he found one last reserve of energy and one more big limit, and won it all, taking home the Triple Crown of all three titles. In doing so, Conant joined Mike Elsea, Matt Ball, Kurt Smits, and Dwayne Taff in the most elite club of all: the KBF National Champions.

The KBF National Championship is the biggest event in the sport of kayak fishing. Annually, it attracts hundreds of anglers, and while there are favorites to win it, history shows that it is anyone can win it. One angler gets hot, a bite catches fire, and the rest is history. With the title come trophies, big paydays and sponsors. But there is something more: you are crowned National Champion, because at that one tournament you beat the best of the best. All of them.

The 2021 edition of the tournament will be held on waters around Shreveport-Bossier City, LA on October 13-15. This is the second time KBF is holding the National Championship there. The previous edition, in 2019, was held in early spring. But this is an early fall event, and that changes everything.

But it doesn’t change one thing: the next KBF National Champion will be crowned on October 15, 2021, it will be the angler who catches the 15 longest bass and it could be anyone.