The Women’s Fishing Federation (WFF) was founded in 2019 to provide a forum for women in the sport of fishing. Its stated mission is to provide “education, camaraderie and support” to women anglers. While other organizations for women anglers exist, what is notable about the WFF is that it was founded by women anglers primarily from the kayak fishing community.

Kayak fishing prides itself on its accessibility to all people. As a result, kayak fishing’s popularity has been propelled by the prominent role that women have played as its competitors, educators and ambassadors. Additionally, women have won at the highest levels of tournament kayak fishing, putting to rest once and for all any notion that, when provided with opportunity and resources, women anglers cannot compete with men. They have, they can, and they will.

What the WFF does then is provide a community in which women anglers can grow, learn and teach about the industry and the sport.

An annual meeting is a core event of the WFF, and the WFF will hold its third annual meeting this week (May 5-7, 2022) on Lake Fork in Alba, Texas. Events typically feature guest speakers, fishing clinics and more. Among the featured guests this year are Bassmasters Pro Trait Zaldain, Jeff Little of Torqeedo Motors and TJ Sherrill of Odiehammer Fishing and Rod Co.

The events provide opportunity for both novice anglers and experienced professionals. That variety is what inspires the groups supporters. Long-time South Carolina kayak angler Alicia Bryant is a co- director of the Santee Monster Kayak tournament, and she has attended WFF events in previous years. She says

“WFF is an amazing group of women to be associated with. Women from all different places in life -beginner kayakers and veterans  – come together in the group and make lifelong friends and mentors. From day one in the kayak fishing arena I was normally the only female competing in events, and WFF has offered a support system and team of ladies behind all members which is unbeatable.” 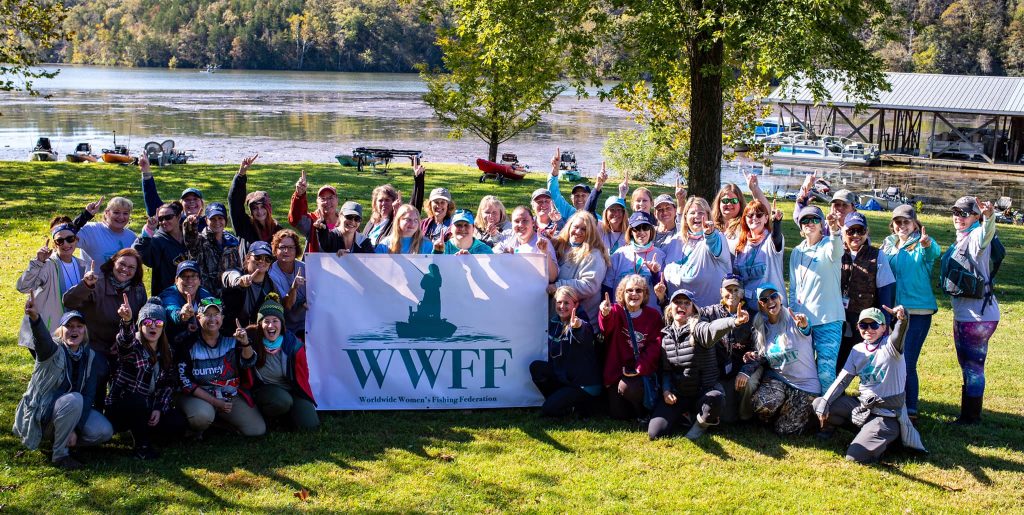 New York angler Cynthia Schames attended the inaugural WFF event in 2019. She shares Bryant’s feelings about the group. Kayak angler Garret Morgan was a guest speaker at the inaugural event, and his talk left an impression with Schames:

“The Inaugural WFF event at Lake Taneycomo was really groundbreaking to me. I live in the New York City region, and don’t have a big local community of anglers to fish with. Being surrounded by 50 other women who love kayak fishing just as much as I do, at all levels of experience and from many, many places across the country, was really inspiring! We also had participation and support from some wonderful anglers who aren’t women—including people like Garrett Morgan, who gave us an exceptional talk about electronics. There was also a really touching moment where he expressed his personal support for women in fishing, as the dad of little girls. I’m so thankful to Kristine [Fischer], Amanda [Brannon] and Mel [Isaacs] for their incredibly hard work putting together these events, and creating a space for female kayak anglers to meet, collaborate, fish together and learn.”

Men have rallied to support WFF anglers from across the spectrum of sport fishing, too, and not only as guest speakers. Lance McWhorter is a member of the Jackson Kayak Fishing Team;. Lance and his wife Bailey have dedicated their culinary catering services to the WFF this year at Lake Fork. McWhorter said:

“Culture ETX is super excited to be a part of the WFF event! Female anglers are commanding a huge presence and amount of respect in kayak angling and we are honored to have the opportunity to cook some legit Texas barbecue for these incredible outdoorswomen!

My wife Bailey is is a very well-respected Pitmaster and Chef, and she is no stranger to breaking down some very similar barriers in her line of work. We are looking forward to hanging out and talking barbecue, and about the future of kayak fishing!”

The Women’s Fishing Federation also holds a women only CPR online fishing tournaments that are open to members and non-members, as well as bank anglers and boaters. Co-Founder Mel Isaacs notes “We added the online tournament series to give women the opportunity to experience a competitive yet stress free format that helps them gain the confidence to compete in other fishing tournaments on a  state, regional or national level.”

WFF Co-Founder Amanda Brannon describes the WFF plan as having two parts: more fishing trips and expanded regional chapters.  “As the Women’s Fishing Federation continues to grow we will look to include regional chapters. These will assist in recruiting new members through smaller local events that provide even more opportunities to get women involved in the outdoors.”

The Women’s Fishing Federation is 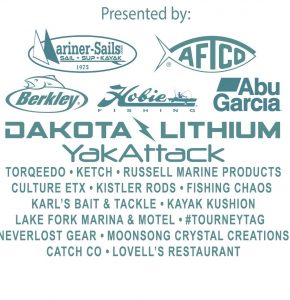